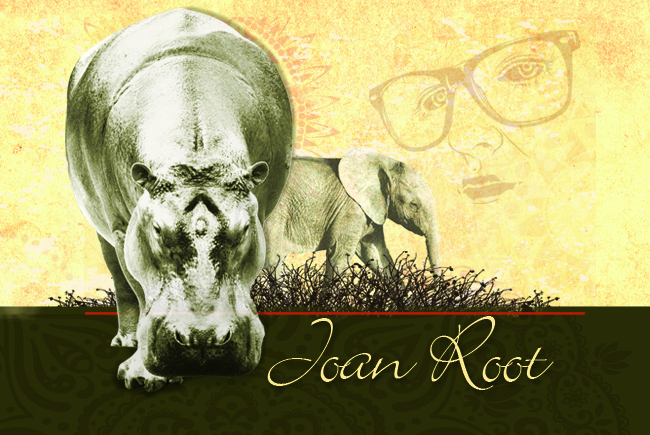 “Some people just see a few animals in a bit of bush, but I’ve developed this place into a sort of Masai Mara, preserving the environment through animals that would be together in the wild.” — Joan Root

Born in Kenya in 1936 to British settlers, Joan Root is celebrated as a pioneering wildlife documentary filmmaker and conservationist.

While working as a safari guide, Root met her husband, Alan, with whom she would film some of her greatest work. The detailed focus her films placed on her subjects called attention to the fact that no wildlife is insignificant or inconsequential, whether it be plant, animal or insect.

Her most celebrated film, “The Year of the Wildebeest,” covered the mass migration of these animals through Tanzania. The Roots earned an Oscar nomination for their 1978 film “Mysterious Castles of Clay,” a study of African giant termite mounds.

In the 1980s, Root’s focus shifted away from filmmaking and toward conservation as she fought to defend the natural habitat around Naivasha, Kenya. Protecting the lakeshore from poachers, Root made enemies within local African communities in the process, which led to multiple threats and acts of violence on her home. Root was killed in her home in 2006.

Tags: Communicator of the month / conservation / filmmaker / Kenya / Mysterious Castles of Clay / Naivasha / Tanzania / The Year of the Wildebeest