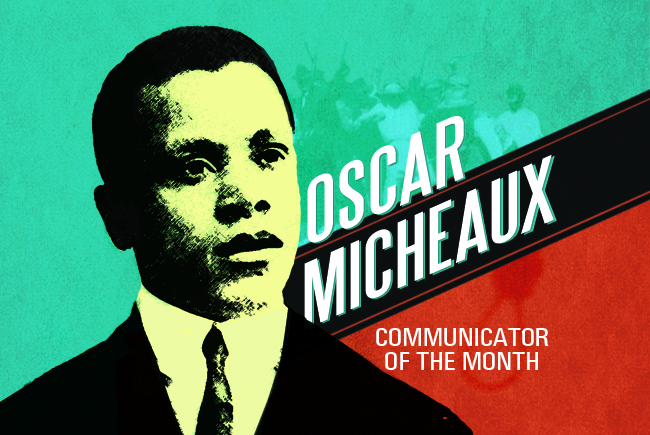 “It is only by presenting those portions of the race portrayed in my pictures, in the light and background of their true state, that we can raise our people to greater heights.” — Oscar Micheaux

Recognizing that there were no opportunities for African-Americans to create films, Micheaux established his own movie production company in 1919. He used his films to rebut racism and took on controversial topics such as sexuality, racial crime, corruption and intra-racial discrimination. He also confronted the dominant mainstream discrimination of his day, as his film “Within Our Gates” was a direct response to the racism depicted in the film “Birth of a Nation.”

Before making films, Micheaux wrote seven novels, one of which was a national bestseller, and started his own publishing company to produce and distribute his work. He turned to the new industry of filmmaking to make his stories come to life. He died in 1951.

Tags: Communicator of the month / filmmaker / Oscar Micheaux / The Homesteader / Within Our Gates