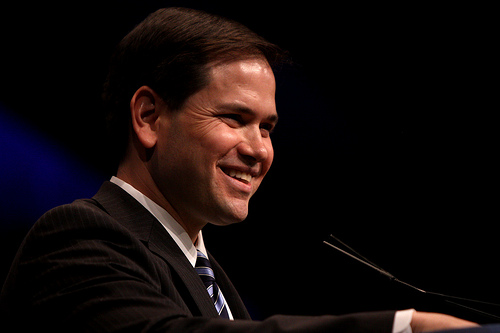 Tonight, following President Obama’s State of the Union address to Congress, the GOP will make history with their response. Senator Marco Rubio of Florida will deliver the Republican response to the president’s address in both English and Spanish. It will be the first time that such a high-profile political address will be delivered in two languages. According to The Washington Post, the Spanish-language version of Rubio’s speech will be pre-recorded to allow for a simultaneous broadcast.

Rubio’s gesture, demonstrating the Republican Party’s efforts to reach Hispanic voters, also poses an interesting question for communicators: How do you deliver a speech in both English and Spanish and give equal weight (and respect) to each language without losing either audience?

The short answer is that it depends on the length of your speech. For longer addresses, as Rubio’s response tonight will be, the best strategy is to move back and forth between the two languages. For example, deliver two paragraphs in English and then repeat those same paragraphs in Spanish, or vice versa. For speeches less than 2 or 3 paragraphs, it is better to give the speech in its entirety in one language and then repeat the whole speech in the other.

To decide which language you will start your speech with, take another look at your communications goals for the address. With those in mind, consider which language is most critical to achieving those goals — and start in that language. While connecting with Hispanic audiences is important for the GOP, I would surmise that Rubio will start his speech in English and then transition to Spanish to avoid losing the larger English-speaking audience.

Regardless of your delivery approach, the single most important thing to do when giving speeches in multiple languages is to deliver the same text. While there may be some differences in connotations and phrasing due to translation issues, it is essential that the translated version of the speech be as close as possible to the original text.

In this 24/7 media world, where far-reaching and influential ethnic media outlets abound, you can bet that someone will be translation-checking your speech. In addition to accuracy, transparency can help you deliver your message more effectively. For example, noting in your speech where you learned to speak a language (e.g., Spain vs. Mexico) can help manage the expectations of your listeners — and language checkers.

Do you use any other speech-giving tips and tricks when you deliver a speech in multiple languages? Share them in the comments below so we can learn!