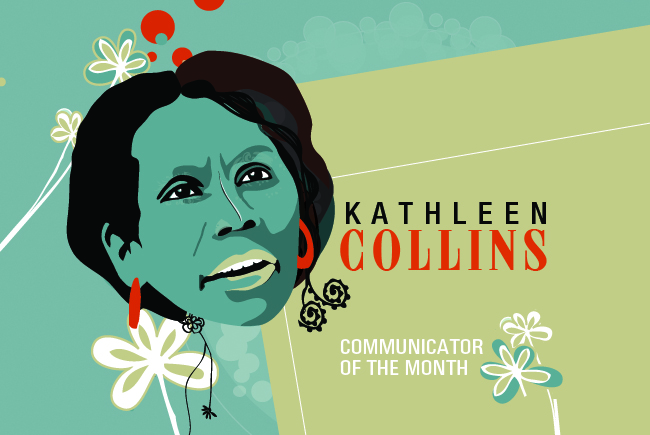 “I have a sense of going my own way, and I don’t really think much about whether it’s going against the grain.” — Kathleen Collins

Born in 1942, Kathleen Collins was the first African-American woman to write, direct and produce a full-length feature film. Her work is described as postmodern and experimental, and she is credited with helping to change black womanist film, a form of feminism focused especially on the conditions and concerns of black women.

In her films, Collins explored the impact of male dominance, finding meaning and purpose in life, and the plight of the African-American middle class. Collins refused to portray African-Americans in traditional roles of resigned victims, and instead addressed issues related to the impact of racism and sexism. In addition to film, Collins wrote and produced theatrical plays, including “In the Midnight Hour” and “The Brothers.”

Collins married Alfred Prettyman in 1987. One week after marrying, Collins discovered that she had cancer. She died a year later in 1988, leaving behind her images of female characters who embraced independence and self-expression.