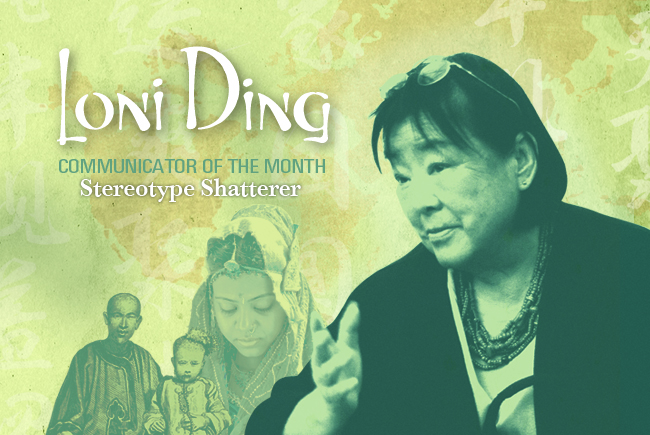 “When you talk about the history of people of color in this country, there’s always the possibility that you could fall into victim history, telling lament after lament. I think it’s necessary to present what those things are, whether hardships or obstacles. But it’s an incomplete story until you get to what they did about it. You have to get to the resistance, the strategies of survival.” — Loni Ding

Born to parents who emigrated to San Francisco from China, Isadora Quanehia Ding Welsh, known as Loni Ding, was an Emmy award-winning documentary filmmaker and activist responsible for more than 250 programs for broadcast, including the groundbreaking PBS documentaries “Ancestors in the Americas,” “The Color of Honor” and “Nisei Soldier: Standard Bearer for an Exiled People.”

“Ancestors in the Americas” covered the experiences of Asians in the New World from the 1400s to 1800s, while “Nisei Soldier” and “The Color of Honor” looked at issues faced by Japanese World War I soldiers. The latter two films were considered so influential and moving that they were submitted to Congress in 1987 and 1988 during hearings on reparations to Japanese-Americans.

Ding was also a strong advocate for increased funding for independent and minority productions in public broadcasting. Not only did she testify before Congress in 1984 and 1987 on this issue, but she also created the Independent Television Service to fund and distribute films for public television.

Ding earned both her master’s degree and doctoral degree at the University of California, Berkeley. She became a professor of sociology, Asian-American history, media analysis and media production at the same school.