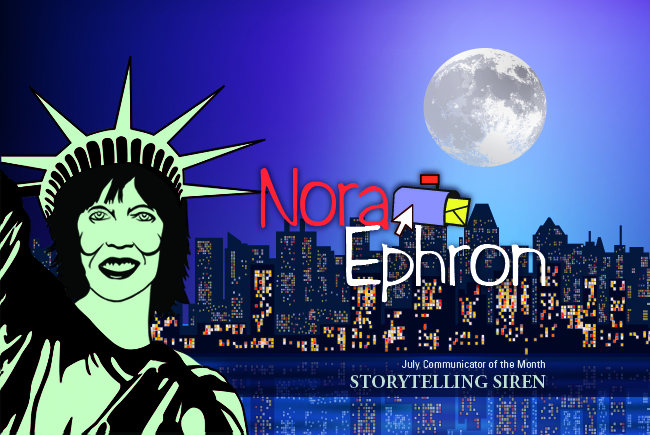 “I try to write parts for women that are as complicated and interesting as women actually are.” — Nora Ephron

The oldest child in a family of writers, Nora Ephron is best known for honing her messages about serious women’s issues with a brand of humor and a set of unique, compelling characters.

Born in 1941, Ephron directed eight feature films during her career, including “Sleepless in Seattle,” “You’ve Got Mail,” “When Harry Met Sally” and “Heartburn.” Through these and other works, she addressed issues relating to relationships and women’s roles in society. Notably, women in her material were portrayed as being just as capable and independent as men.

Outside of filmmaking, Ephron was a prolific writer. Her material appeared in the New York Post, Esquire and New York Magazine, and she authored several books, many of which became bestsellers. She was also a regular blogger for the Huffington Post.

Ephron died in 2012. At the time of her death, she was working on several projects, including movies about a Jane Austen fan and Peggy Lee, as well as a play about crime reporter, Mike McAlary.