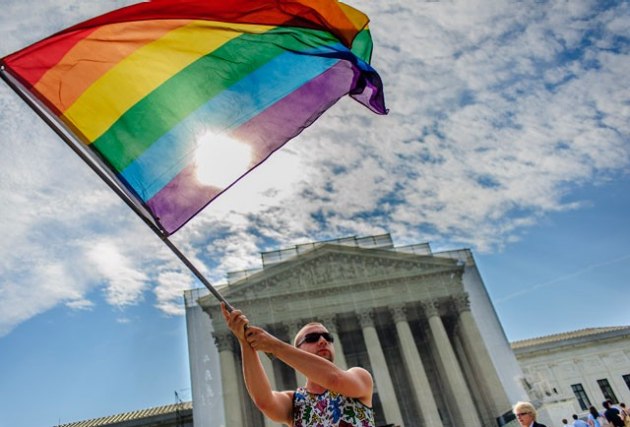 Wow. Yesterday, the shock over the news of the Supreme Court’s decision to overturn DOMA gave way to elation. Personally, my head is still spinning as I absorb the reality of it all. It’s truly a time to celebrate. I think my gay head just might explode.

And from a social change perspective, it’s astonishing to consider just how quickly the gay rights movement — and the marriage issue in particular — has gained momentum over the last few decades. Social change, as we all know, takes quite a bit of time — generations, in fact.

When I came out to my family in 1993, the AIDS crisis was ravaging the gay community. Gay marriage was scarcely on anyone’s radar (save for Andrew Sullivan’s then-controversial cover story, “Here Comes the Groom,” for The New Republic).

Attitudes toward gay people were vastly different in America, and it really wasn’t all that long ago. Yet today, more than 58 percent of Americans support gay marriage, according to the latest Washington Post/ABC News poll.

Of course, there are a near-infinite number of factors that got us from there to here. But as PR professionals, how did communication help speed up the process? Here are a few ideas to consider:

And last but certainly not the least, the simple act of brave individuals “coming out” to family and friends — via letter, email, telephone or in-person — helped shift perspectives and shape the world we live in today, where yesterday’s SCOTUS decision was met with more celebrations than protests.

Although we still have a ways to go in this civil rights movement, it’s an exciting time to believe in social change and be a part of the LGBTQ community.