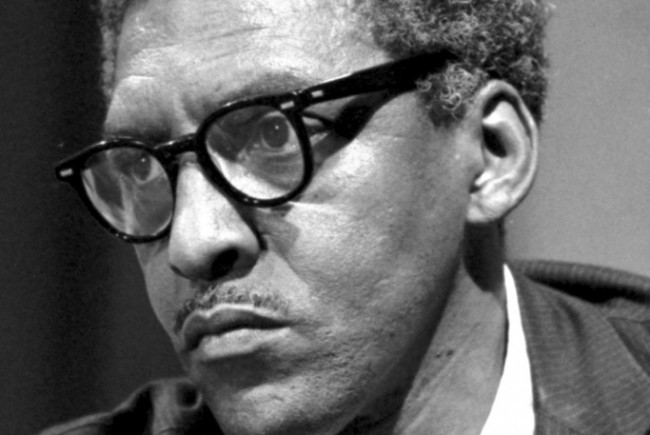 If there hadn’t been a Bayard Rustin, we might never have heard about Dr. King’s dream. If Rustin — an African-American, openly gay civil rights leader — had not helped organize the Southern Christian Leadership Conference and later organized the largest multiracial and peaceful civil rights marches in Washington, D.C., at the time, America may never have been introduced to Dr. Martin Luther King, Jr., on their television sets.

Rustin and his fellow organizers mobilized tens of thousands of people to attend the March on Washington for Jobs and Freedom in 1963, without the benefit of email, social media or even the news media. He was aware of how the powerful images of diverse marchers would play out in the national media and shape the nation’s consciousness of civil rights — negatively if the march turned violent, and positively if attendees defied expectations and marched peacefully.

As part of our observance of the 50th anniversary of the March on Washington and Dr. King’s “I Have a Dream” speech, we wanted to highlight Rustin and his courageous role in making this historic event happen in spite of great obstacles and inspiring generations of social change communicators to keep sharing the dream. Vanguard’s Leah Holmes-Bonilla met Rustin as a child and, below, shares her recollection of the man. — InSites Editors

As the daughter of a New Yorker, I spent many weekends, holidays and summers visiting my grandma and friends in NYC. I particularly remember visiting a dear family friend, Carrie, at her charm shop in Greenwich village and meeting her friend Bayard on several occasions.

He was Carrie’s guardian, caretaker, good friend and confidante. That is how I first knew and met Bayard Rustin, a tall, gracious and kind man who took care of an aging Suffragist and jewelry maker. I always wondered why my dad spoke to him with such reverence and awe. As I grew older, I came to know and understand that this quiet, caring, unassuming “Carrie’s friend” was an iconic civil and gay rights leader and lifetime social activist.

His monumental contributions as an unparalleled communicator will echo throughout the annals of history. I will always be grateful for his kindness and humanity I witnessed on a personal level because it so personified the man on a much broader scale. He lived and practiced what he believed day in and day out. And I will always remember him as I did when I was a little girl: as a kind, caring, gentle, good friend.