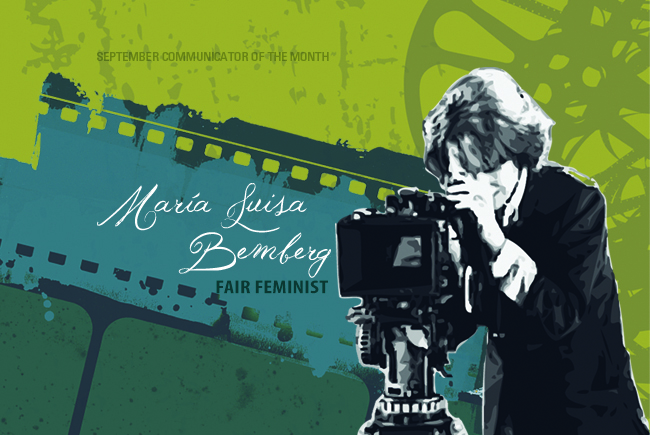 “Women’s intellectual awakening — the awareness of their millenarian passiveness — is the most exciting rebellion of the Century.”  — María Luisa Bemberg

Born in Argentina in 1922, María Luisa Bemberg was an ardent supporter of women’s rights and a voice of empowerment. She was one of the most popular and subversive Argentine directors of the 20th century.

Her first film, “Momentos,” was released in 1980, and her biggest success would come three years later with “Camila,” which was nominated for an Academy Award.

She co-founded UFA (Unión Feminista Argentina) in 1971, an organization aimed at raising awareness about women’s position in society and the traditional roles that restrict women.