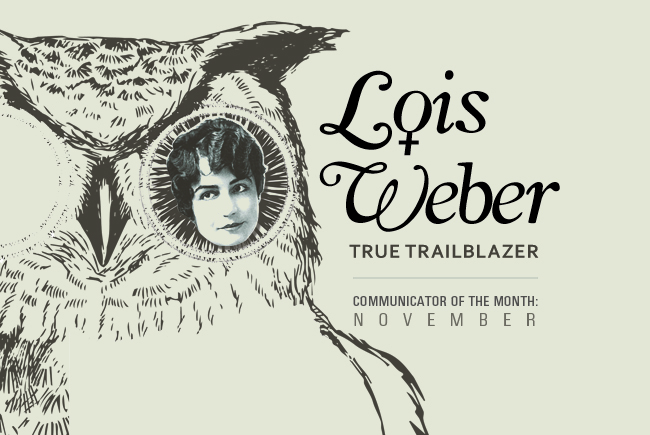 “Never be convinced that the general public does not want serious entertainment rather than frivolous.” —  Lois Weber

Born in 1881, Lois Weber was one of the earliest Hollywood silent film-making pioneers and the first woman to direct a full-length motion picture. Her films showed that cinema was a powerful medium for social commentary.

One of her most controversial films, “Hypocrites” (1914), used a fully nude woman to portray what she considered to be the naked truth related to the moral decay of society. Two years later, her films “Where Are My Children?” and “The People vs. John Doe” also brought attention to controversial issues, including birth control and capital punishment.

She also established her film own studio, Lois Weber Productions, where she created films that looked at the complex relationships between women and men, some of which may have hinted at problems in her own marriage at the time. Her last film, “White Heat,” was released in 1934, five years before her death. Lois Weber died in 1939.