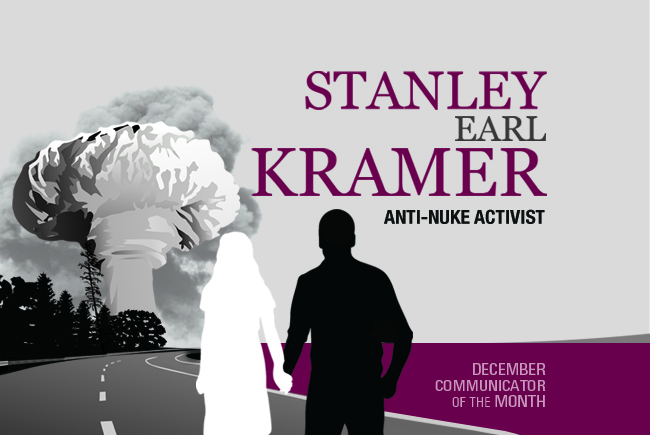 “People asked how could I, an American, try to rekindle German guilt? Well, I said that it would indeed have been better if the Germans had made it, but the fact is they didn’t. So I did.” — Stanley Earl Kramer

As a filmmaker, Stanley Earl Kramer was unafraid to tackle important issues of his day, and was once regarded as the “conscience of Hollywood.” His filmography consists of some of the nation’s most cherished social commentaries, as well as commercial successes, making him one of the most influential social commentators of all time.

Born in 1913, he used his career to take on social issues that many film studios wanted to avoid, such as nuclear annihilation, racism and the Holocaust. One of his earliest films, “Champion,” boldly stood out for its anti-boxing stance, while at the same time establishing Kirk Douglas as a Hollywood star.

His adaptation of Arthur Miller’s “Death of a Salesman” provided biting commentary on the treatment of workers. “On the Beach” (1959) took on nuclear warfare and included a simultaneous release in Moscow at the peak of the Cold War. “Inherit the Wind” provided a gripping argument for teaching evolution, and “Judgment at Nuremberg” served as an indictment of Nazi atrocities.