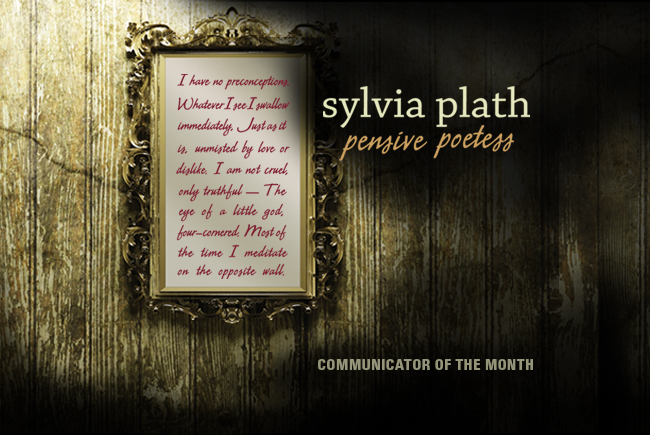 “I love my rejection slips. They show me I try.” ― Sylvia Plath

Sylvia Plath’s poetry is known for its stylistic accomplishments as much as it is for its themes and subjects. Its frank treatment of the problems with American culture still resonates with audiences today. Born in Jamaica Plain, Mass., in 1932, Plath showed clear talents in writing and art throughout her educational years.

Having lived with depression for some time and experiencing several suicide attempts, Plath received encouragement from other poets, including Robert Lowell, to write from her experiences, which she began to do in her mid-twenties. When her husband Ted Hughes left her after the birth of their second child, Plath penned her famous “October poems,” which include many of her most famous works.

Plath completed suicide only two weeks after her novel, “The Bell Jar,” was published in 1963. This work, as well as her collections of poems that would be published posthumously over the next 20 years, helped cement Plath as one of the most significant female writers in the United States. In 1982, she received the Pulitzer Prize for Poetry posthumously.