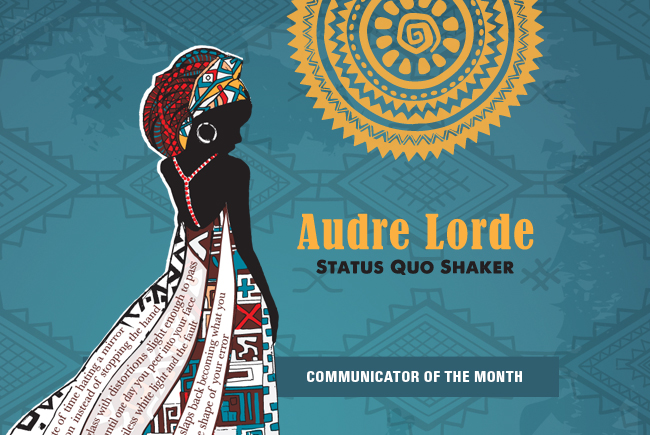 “It is not our differences that divide us. It is our inability to recognize, accept and celebrate those differences.” ― Audre Lorde

Audre Lorde was a poet who took on social issues related to racism, sexism and homophobia. She was born in 1934 in New York City to immigrant parents and published her first poem in Seventeen Magazine while still in high school. She continued publishing numerous works for the rest of her life and was named Poet Laureate of New York in 1991.

In her poem “The American Cancer Society, or There Is More than One Way to Skin a Coon,” Lorde confronted the issue of white American culture being forced onto black Americans. Her criticism also extended beyond race and tackled feminist issues, including sex discrimination.

Lorde was also known for her prose. In particular, “The Cancer Journals,” her first major prose work, covered her struggle with breast cancer and her feelings about death. In the 1980s, she co-founded Kitchen Table: Woman of Color Press, which furthered the work of feminist writers. Lorde died of breast cancer in 1982.