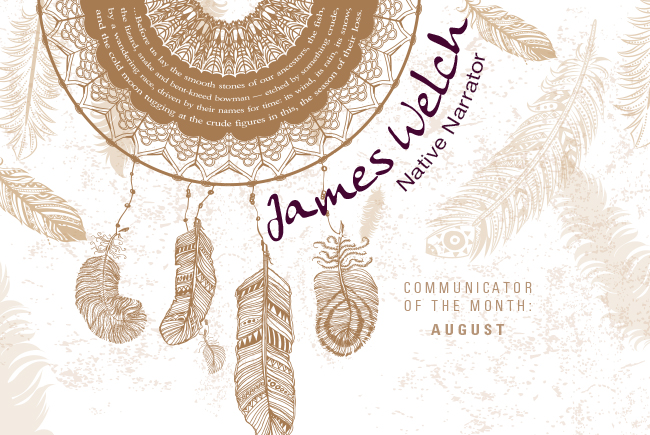 Born in Montana in 1940, Welch was raised mostly on the Fort Belknap Reservation and was the son of a Blackfeet father and a Gros Ventre mother. He studied under poet Richard Hugo, who first encouraged him to write about the Native American experience in modern America.

Welch’s only book of poetry, “Riding the Earthboy 40,” was one of the first about Native American subjects by a Native American writer. The title refers to 40 acres of land that belonged to the Earthboy family, located next to Welch’s childhood home on the Blackfeet reservation.

In the book, his more than 50 poems draw on his Blackfeet and Gros Ventre background to portray the plight of tribal people. Welch used advanced literary techniques, including a surrealistic style, to highlight the irrationality of reservation culture’s separation from American society at large. He also satirized misconceptions about Native Americans.

Welch published several novels, including “Winter in the Blood,” “Heartsong of Charging Elk” and “Killing Custer.”

In addition to writing, Welch taught at the University of Washington and Cornell University. He died in 2003.