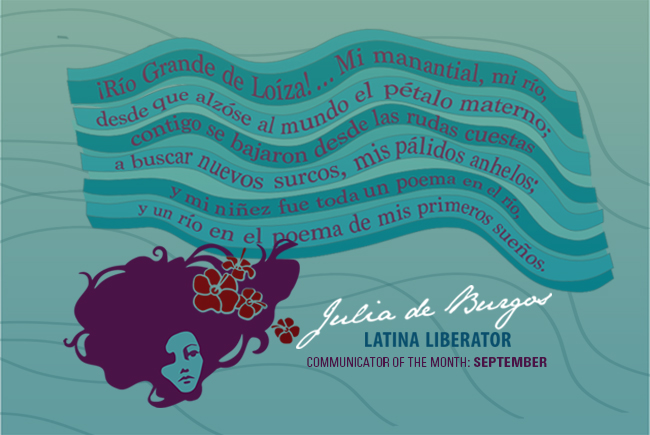 “Don’t let the hand you hold hold you down.” ― Julia de Burgos

Born in 1914, Julia de Burgos grew up in Puerto Rico. Despite experiencing poverty, she attended college at the University of Puerto Rico, where she was active in the feminist and nationalist movements — and published poetry.

One of her poems, “Río Grande de Loíza,” takes on the history of conquest and slavery in Puerto Rico. It was part of her 1938 collection, “Poema en veinte surcos,” which displayed themes of social justice and women’s rights.

De Burgos came to the United States in 1940 and ultimately settled in New York. Despite facing discrimination and struggling as a writer, she became the art and culture editor for the newspaper Pueblos Hispanos, known for promoting progressive social and political causes.

After being found unconscious in the street, Burgos died of pneumonia in a hospital in 1953; she wasn’t identified until a month after her death and burial in a common grave.