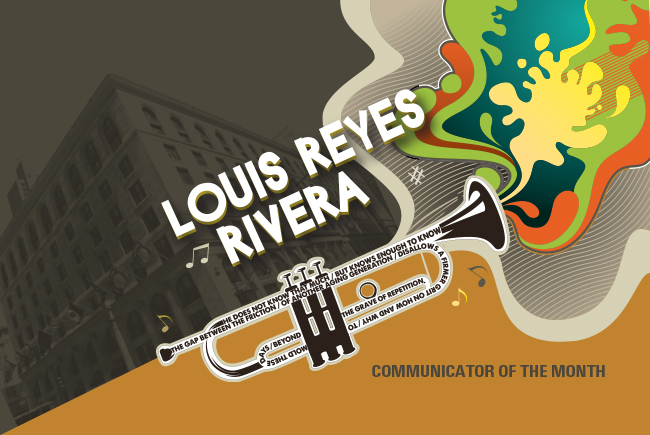 “I’m one of those people who had to learn history, our history, the hard way on my own. And in the process, I devoted myself to confronting those missing pages from the textbooks about me, about us. Consequently, I’m the clean up man who knows where all the dirt is and pull[s] it out.” ― Louis Reyes Rivera

Also known as the “Janitor of History,” “dean of Nuyorica Poetica” and “People’s Poet,” Louis Reyes Rivera was both a poet and civil rights leader. Born in New York City in 1945, he played a role in the publication of more than 200 books, but may be best known for his advocacy efforts that helped people of color achieve higher education.

While in college in 1969, Rivera helped found The Paper — a student newspaper for and by people of color. That same year, Rivera was part of New York’s City College takeover, whereby more than 200 African-American and Latino / Hispanic students occupied campus buildings for two weeks, joining a city-wide student and community rebellion. It resulted in open admissions at the City College of New York, as well as the City University of New York, and the establishment of an Ethnic Studies department.

An active proponent of jazz poetry ― a poetic genre conceived in the 1920s in African-American culture, finding a revival in the 1950s with the Beat generation and surviving today largely through live poetry events ― Rivera hosted “Jazzoetry” sessions, writing workshops, open mic sessions and a radio show covering political and cultural subjects relevant to New York. He even formed his own band, The Jazzoets.

He published four books of his own poetry, the last of which — Scattered Scripture (1996) — received the 1997 poetry award from the Latin American Writers Institute. He had just completed an epic poem, “Jazz in Jail,” and was in the process of preparing it for publication when he died in 2012.