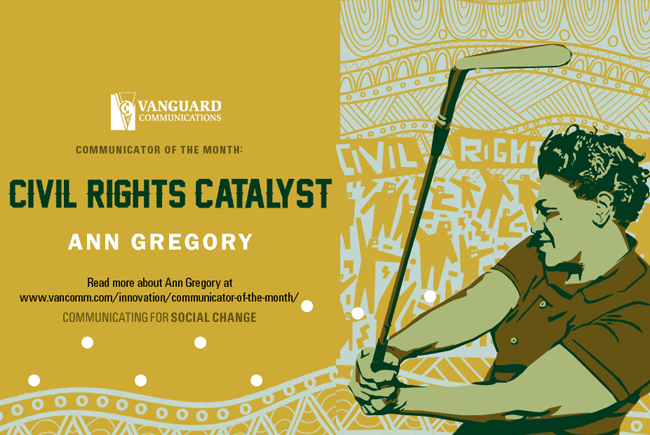 “My husband said I didn’t have a snowball’s chance in hell. I guess I fooled him.” — Ann Gregory

When Ann Gregory was born in Mississippi in 1912, the idea that an African-American woman would ever compete in a U.S. Golf Association (USGA)-sanctioned event was unheard of. She shattered that notion in 1956 when she became the first African-American woman to play in a USGA women’s amateur national championship.

Her journey to this remarkable achievement and many others began after she graduated from high school and moved to Gary, Ind. Around that time, she met her husband — an avid golfer who introduced her to the sport. She won the Gary City Championship in 1937, and when her husband was drafted into service for World War II a few years later, Gregory took up golf in earnest.

In the early 1960s, Gregory helped integrate Gleason Park, a local municipality in Indiana. She reasoned that, “My tax dollars are taking care of this golf course, and there’s no way you can bar me from it.” Minorities today are able to enjoy the course through her undeniable passion for civil rights and demand for access to public facilities.