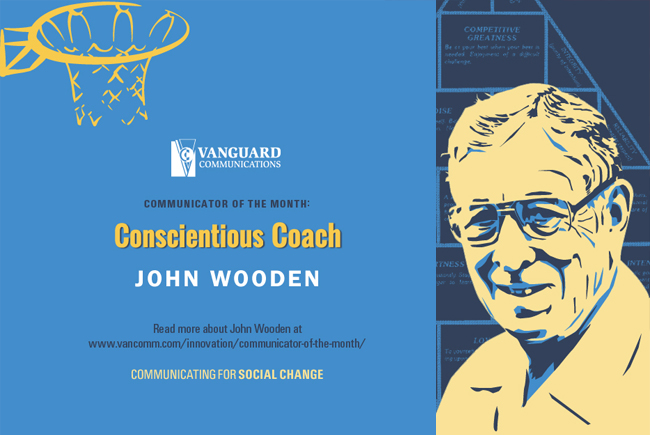 John Wooden is arguably the greatest college basketball coach of all time, leading the University of California, Los Angeles, to 10 national championships in a 12-year period. He also is the first person to be inducted into the National Association of Intercollegiate Athletics (NAIA) Hall of Fame as both a player and a coach.

As a coach, Wooden mentored some of the greatest players in basketball history, including Kareem Abdul-Jabbar and Bill Walton. He also established UCLA as a national powerhouse for college basketball. Despite these successes, it was his handling of a lesser known player — Clarence Walker — that had a deeply profound impact on the sport.

While coaching at Indiana State University, Wooden’s team received a bid to the NAIA tournament, but Walker — an African-American — was not allowed to play because of his color. Wooden refused the bid, stating that his team was going to stand beside one another. In the following year, Wooden’s team received another bid to the same tournament and, fearing Wooden would refuse again, the NAIA relented and allowed Walker to play. Walker became the first African-American basketball player to play in a national college tournament.