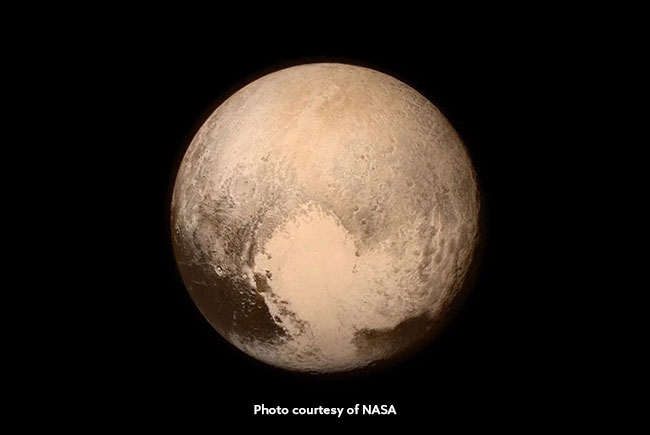 On Tuesday, the United States became the first country to reach the dwarf planet Pluto and take its picture.

NASA’s New Horizons interplanetary probe began its journey in 2009 and traveled more than 3 billion miles to reach its current destination at the end of our classical solar system. A remarkable accomplishment.

At the age of 11, Venetia Burney  of Great Britain suggested the name Pluto in 1930 for the name of the newly discovered planet. According to her obituary in the New York Times in 2009, her suggestion launched a vigorous debate among scientists regarding what Planet X should be named. In the end, Pluto won.

By integrating Venetia’s connection to planet exploration history into the New Horizons probe, it opened up a new feature story opportunity for media covering the Pluto photo now.

Promoting historical throwbacks can be a great way to expand story options for media outlets, and provide another opportunity to teach the public something new about a familiar topic. It’s worth considering what historic references to include when planning your program or promotion efforts.