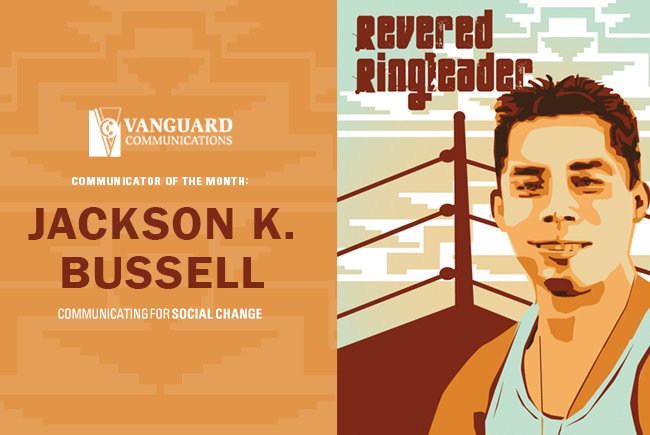 “As a Native on the street you had no respect unless you gained it from intimidation and fear, which were ways that your Traditional Family did not want for you because they worried about what might happen. But after I started following my dream as a boxer and in college I got the kind of respect that did not even compare to forcing fear.” — Jackson K. Bussell

Jackson “Action” Bussell was a Native American professional boxer whose love for his sport was only rivaled by his passion for education. He was born in California in 1987 and died in 2007 — a day after collapsing in the ring. He was a four-time Golden Glove champion, winning this honor twice in Oregon and twice in Washington. He also was a two-time Native National Champion and a gold medalist in the Native American Indigenous Games.

Despite his success as a professional athlete, Bussell understood and promoted the benefits of obtaining an education. During part of his boxing career, Bussell maintained a 3.4 GPA at the Oregon Institute of Technology, with a major in Engineering. Doing so was no small feat. His days began with a 12- to 15-mile run — his morning workout — then he would go to school. After school, he worked a part-time job, followed by studying and more training.

He also was a motivational speaker, who talked to Native American youth about their choice to not drink or use drugs, as well as the importance of education. In his talks, he explained how boxing served as a way for him to manage his own personal anger and stay out of trouble. He also taught that education is an important tool for achieving goals in life.