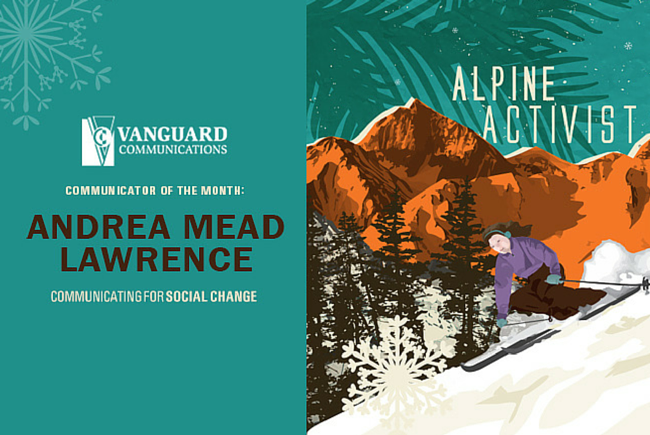 “What if I could take the same sort of striving for high-quality perfection that I did with my skiing and apply it to something good, something relevant to life?” — Andrea Mead Lawrence

Andrea Mead Lawrence’s achievements on the slopes may only be rivaled by her accomplishments as an environmental activist. Twenty years after her birth in 1932, Mead became the only American alpine skier to win two gold medals in a single Olympics. This achievement — at age 19 — built on an early skiing career in which she won numerous amateur competitions and was featured on the cover of Time magazine. She also competed in the 1948 and 1956 Olympic Games.

The only thing that eclipsed Lawrence’s speed on the slopes was the speed in which she made her mark as one of the nation’s leading environmentalists. Her advocacy work focused primarily on the restoration of California’s Mammoth Lakes, Mono Lake, Bodie State Historic Park and other parts of the Eastern Sierra. Lawrence also helped found the Friends of Mammoth, a group that successfully fought against construction of eight-story condominiums in Mammoth in a case that reached the state Supreme Court and laid the groundwork for citizen enforcement of the 1970 California Environmental Quality Act.

In 2001, her achievements as an Olympian and environmentalist were recognized through an Act of U.S. Congress when a mountain peak in Mono County, California, was officially named Mt. Andrea Lawrence.

In 2009, Lawrence died after a long battle with cancer.