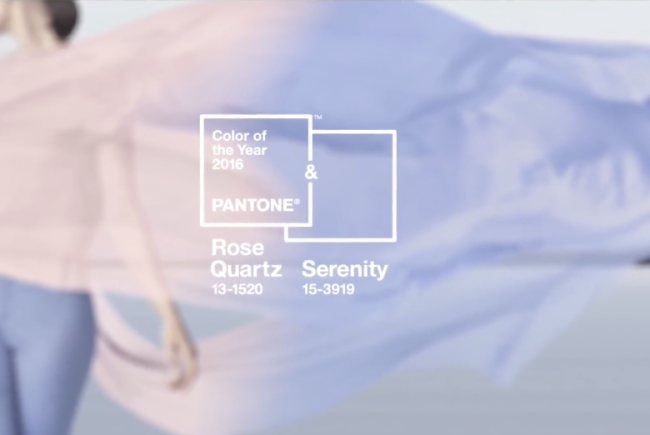 Pantone’s annual selection of its Color of the Year is a big deal for design nerds like me. It’s the color hue they predict will influence graphic design, fashion, interior design and even food in the coming year. With so many contenders, it’s kind of a design Olympics.

Until this year, only one color took the crown. But 2016 boasts two “co-champs,” if you will — pinkish Rose Quartz and bluish Serenity, blended into one.

The colors on their own may evoke traditional gender stereotypes, but by merging the two, Pantone is joining the global conversation about gender identity and equity … and literally blurring the lines. According to the Pantone Color Institute’s website, the selection “challenges traditional perceptions of color association.”

This issue is becoming more widely discussed nationwide. Here in Washington, D.C., it is playing out via the city’s gender-neutral bathroom campaign that uses #safebathroomsDC to empower people to post about places that illegally lack gender-neutral, single-occupancy restrooms.

Pantone’s social color statement this year challenges us as communicators and designers to start shifting our perceptions of gender in the materials we create. Instead of thinking in pink versus blue, or dress versus pants stick figures, Pantone’s Color of the Year reminds us that reevaluating color, design and messaging is a vital step to inclusive communication.