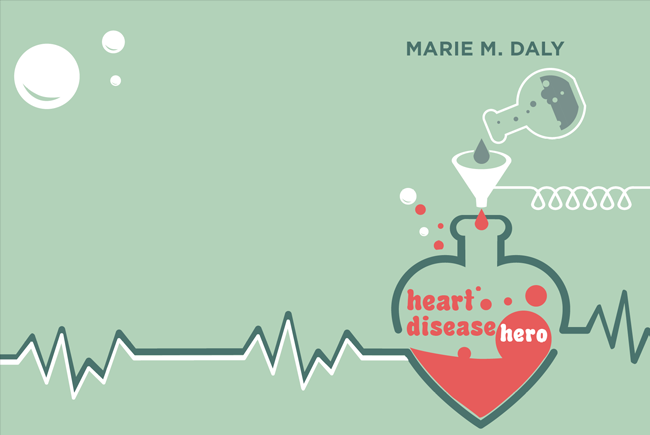 “My father wanted to become a scientist, but there weren’t opportunities for him as a black man at that time.”

Marie M. Daly’s groundbreaking work identified the relationship between cholesterol and heart disease. She also was the first African-American woman in the United States to earn a Ph.D. in chemistry.

Daly graduated from Hunter College High School in New York, and eventually graduated from Queens College with honors in 1942. By 1947, she had earned her doctorate degree from Columbia University, where she studied chemicals used by the body to digest food.

A year later, Daly received a grant from the American Cancer Society, which supported her efforts to understand how the body creates proteins. By 1955, Daly’s work turned toward the heart, and specifically what causes heart attacks. She identified the relationship between high cholesterol and blocked arteries, bringing a new understanding of how diet affects health.

Outside of the laboratory, Daly was a staunch supporter of the enrollment of minority students in science and medical programs. To this end, she started a scholarship in 1988 for minority students to study science at Queens College in New York.