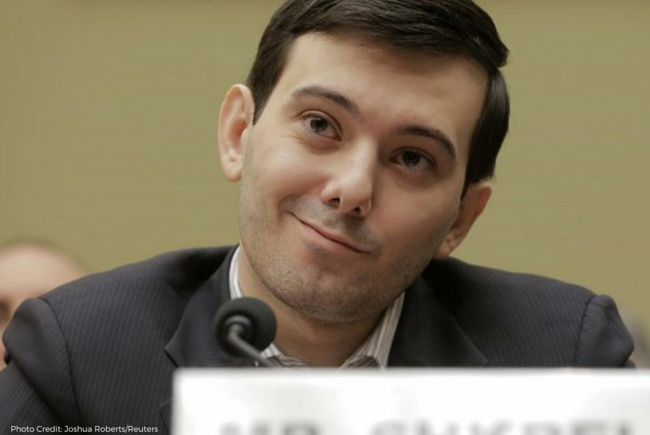 Recently, Martin Shkreli, the former chief executive of Turing Pharmaceuticals known for dramatically increasing the price of an AIDS drug, testified in front of Congress.  The news coverage led with his body language.

It’s true that since Shkreli pled the fifth and refused to answer questions, the media did not have much to report on. However, what Shkreli failed to say in words, he made up for via nonverbal communication.

According to news reports, he “fidgeted” in his seat, “looked away” and “smirked” when asked questions by members of the House Committee on Oversight and Government Reform. From that body language the committee and media present began to draw negative conclusions about Shkreli’s attitude and his concern over the charges brought against him and his company. His body language didn’t do him any favors yesterday and further reinforced the perception of arrogance and privilege.

Neither will help his case.

Watching Shkreli fail his nonverbal communications test is a good reminder for communicators who deliver (or coach others on delivering) public remarks or media interviews. Controlling your facial expressions and body language can be as important as controlling the message that you are verbalizing.

Practice delivering your message in front of a mirror or even ask a colleague to record you on video to understand what your audience will see when you communicate. (You may be surprised.) Ensure that your nonverbal communication cues reinforce your message and do not undermine it.

Often, it is the story your face and body tell that are more memorable to your audience than your words. For a list of body language gestures or expressions to keep in mind, reference this great list on Entrepreneur.com.