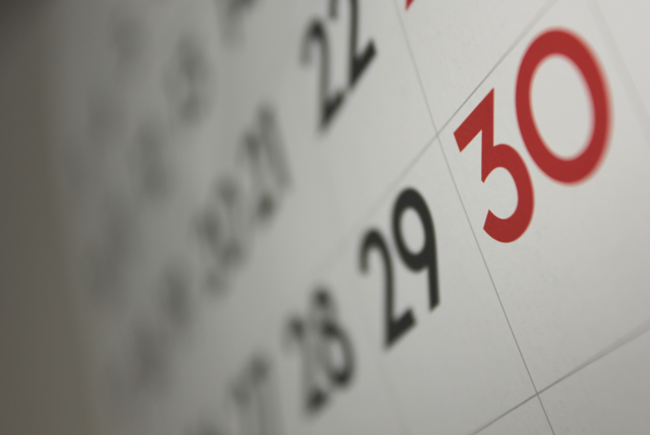 Today is the last day of Black History Month. Throughout the month, you’ve probably read or heard many stories and accomplishments of important black Americans.

Beginning tomorrow, you’ll see stories appear in the news cycle about important women in honor of Women’s History Month or about impactful deaf Americans in honor of Deaf History Month, which begins mid-March. Each story will be inspiring and enlightening, but come April, those stories – and media spotlight – will disappear from our news feeds and be replaced stories about the next month’s cultural observance. Due to the high concentration of similar stories, audience retention will shrink as well.

Placing stories in the media using connections to cultural or health celebrations or observances is a commonly used strategy by communicators. It’s an easy way for us to gain the attention of media outlets and leverage their interest in timely, newsworthy connections to that month’s observance to make a case for placement.

However, this pitching strategy may be a little too easy, and lacks significance or longevity outside of that cultural observance link.

Instead, we should be looking for and pitching media on other aspects of these stories. We should be finding ways to build more significant connections to trending topics and issues that media is seeking content or opportunities to position as subject matter experts for interviews.

For example, during Black History Month, you may have heard the remarkable stories of the following two Americans whose personal experiences and work impact black communities. Coverage in February by media was the result of their connections to African-American history and issues, I’ve made some suggestions for how communicators pitching their stories could make them appealing for placement outside of Black History Month.

Profile: Stevenson is a black American lawyer and social justice activist challenging bias against the poor and minorities in the criminal justice system.

Black History Month connection: Injustice in the criminal justice system continues to be a challenge for the black community especially since African Americans constitute nearly 1 million of the total 2.3 million incarcerated population and are incarcerated at nearly six times the rate of whites. In media stories, Stevenson shared personal anecdotes and solutions he revealed in his bestselling book, Just Mercy: A Story of Justice and Redemption.

Beyond Black History Month pitch: As the presidential election cycle ramps up to the November election, the crime and the criminal justice system will still be in the spotlight. Positioning Stevenson as a subject matter expert to media covering injustice within the criminal justice system for persons of color, with disabilities and from economically disadvantaged communities and the presidential candidates’ policy positions on those issues can be ongoing.

Profile: Mullholland is a white American civil rights activist and a Freedom Rider during the civil rights movement in the 1960s known for taking part in sit-ins, being the first white to integrate Tougaloo College in Jackson, Mississippi; and to be a part of Delta Sigma Theta, a predominantly black sorority.

Beyond Black History Month pitch: Social activism is on the rise whether it is related to Black Lives Matter movement or the Immigration and Customs Enforcement (ICE) deportation raids on illegal immigrants. Positioning Mulholland as a subject matter expert who can speak of impact of becoming a social activist and the personal sacrifice involved in that struggle will provide media outlets covering social protests and change movements another relevant perspective. In a recent The Washington Post piece about the declining mental health of Black Lives Matter activists, Mulholland could share her own experiences dealing with the emotional trauma of long-term social activism.

With a little creativity and picking the right media outlets, the impact and accomplishments of these remarkable Americans can be told and shared throughout the year instead of only one month, week or day due to their demographics. With a good pitch and the right timing and media contact, we can help journalists see beyond those cultural calendars and report these important perspectives all year round.