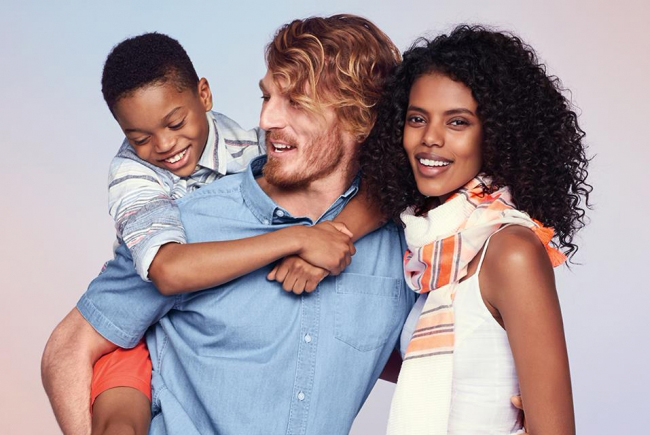 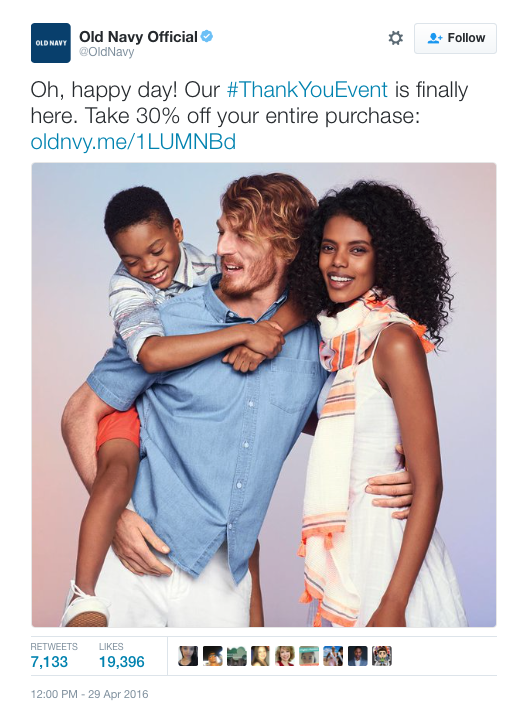 This tweet, featuring an interracial family, prompted Twitter and Facebook users to post comments, both in support and derision, for how Old Navy depicted a family. Media outlets picked up the story, covered the conversation, and sought a response from Old Navy regarding the controversy.

When AdWeek contacted Old Navy for comment on the backlash to their tweeted image, here’s how their spokesperson responded: “We are a brand with a proud history of championing diversity and inclusion. At Old Navy, everyone is welcome.”

What a simple, yet effective, way to answer media questions while ending the debate. How was Old Navy able to respond so quickly and effectively in this crisis communication moment? They had ensured that their brand visuals matched the brand promise and values they shared with the public.

If your organization claims to embrace diversity and inclusion, make sure the way you represent your organization to the world matches that brand promise. Old Navy did, and inspired interracial families — and potential customers — to support the company and share images of their own families on social media using the #LoveWins hashtag.

When brand elements match, it becomes much easier for communicators to respond — and shutdown — both detractors and controversy. In some cases, #LoveWins.