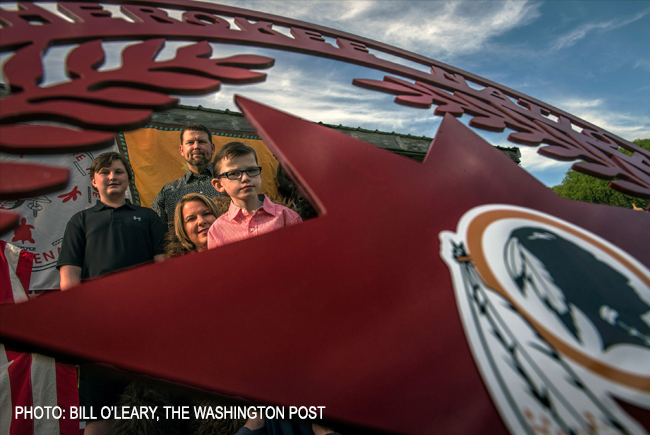 The Washington Post just released poll findings indicating that 9 of 10 Native Americans are not offended by the NFL team Washington “Redskins” name. These results echo similar findings in a 2004 poll by the Annenberg Public Policy Center often cited by the Washington team’s ownership in defense of not changing the name.

These recent poll findings will make it harder for American Indian advocacy groups fighting for the change. However, interviews conducted with poll respondents may hold the context for why the majority of Native Americans polled differently about the term than the general public.

In one of the Post’s profiles of 12 poll respondents, Rusty Whitworth from Flathead Indian Reservation in Montana, who identifies as Confederated Salish and Kootenai, remarked: “Let’s start taking care of our people and quit worrying about names like Washington Redskins.” According to the Post, he was one of many who commented that other community challenges such as substandard schools, substance abuse and unemployment were more urgent issues than the NFL team name debate.

Last year, the Huffington Post featured 13 issues facing Native American communities in the U.S. beyond mascots and casinos. Here are a few:

Bottom line: Respondent interviews showed that Native American poll respondents may have felt that in the scheme of the critical social and equity challenges their communities face, changing “Redskins” as the team name — while derogatory — is a low priority. Removing the name will have little effect on the day-to-day problems in American Indian communities.

While the quantitative poll findings are insightful, qualitative research is essential for complex conversations such as this one. Context surrounding the responses collected through interviews and focus groups can offer qualitative perceptions of an audience and insights into their quantitative responses.

For the Washington team’s name change movement, these poll findings provide an opportunity to shift the conversation away from changing the team name and toward directly addressing and undermining public perceptions that marginalize and keep American Indian communities and their challenges out of our public psyche and conversations.

Once advocates affect the systems, structures and perceptions that challenge equity for Native American communities, perhaps changes in language will follow — whether NFL Washington team owner Dan Snyder wants them to, or not.