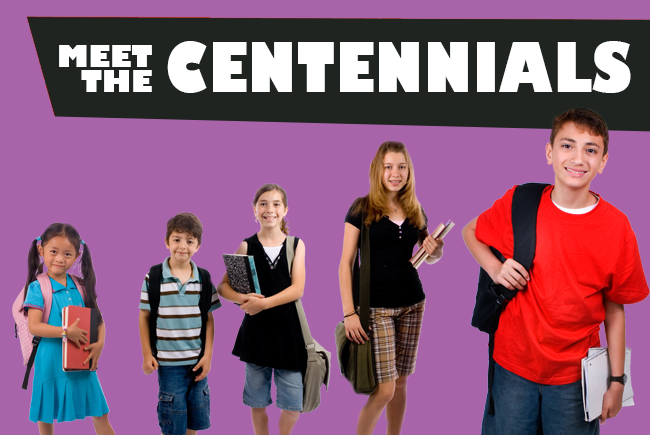 Baby Boomers. GenXers. Millennials. Are you wondering what — or who, as it were — comes next?

Say hello, via your mobile device please, to the Centennials.

Also known as Generation Z, Centennials are people in the U.S. born roughly in 1997 or later. Their name is a reference to the fact that they made their appearance at the turn of the 21st century. They are also a generation that has never known a world without the internet or social media.

Initial research shows that they appear to be more open-minded and less judgmental than earlier generations, and may be more serious than their Millennial counterparts. The Futures Company recently shared an infographic highlighting intriguing demographics and insights about this audience group.

Why is it important for communicators to know and understand Centennials? Because those born in 1997 and most born in 1998 will be eligible to vote in the November presidential election and as such can influence the youth vote. Because they are entering the workforce and/or attending college, making them an “earning” audience. Because they wield purchasing power thanks to their high engagement with brands on social media and in digital communities.

Because they are trending to be more pragmatic and serious, they could be ideal advocates and supporters for social change communicators to shift the needle on key social issues in our communities.

For an entertaining look at what we know about the Class of 2019 college grads (who are Centennials born in 1997), make sure to read Beloit College’s latest Mindset list.