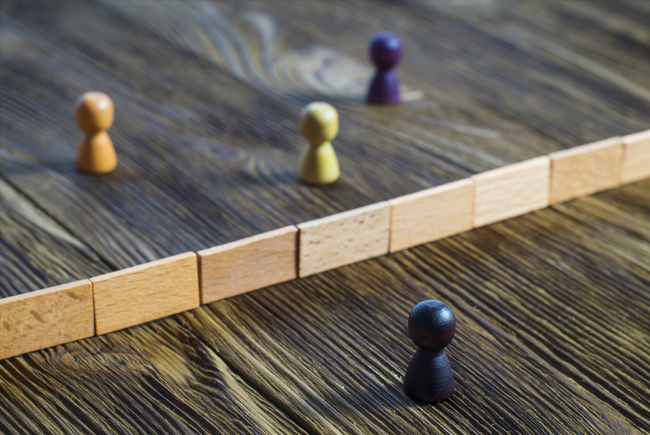 As communicators, we hear over and over: “know your audience!” and “the more defined an audience, the better the results!” And in many cases, this advice proves to be true. For example, common sense tells you that targeting middle schoolers about a new retirement product won’t work, and placing a large ad buy in print newspapers probably won’t reach a teenage audience. “Know your audience” advice also rings true in the current climate of limited budgets and resources – in this day and age, how can we afford not to be targeting audiences?

However, a question that keeps coming to my mind is, when does “know your audience” turn into “reinforce stereotypes”?

A few years ago, I was a social media and community manager for a national HIV testing campaign. Data tell us that the LGBT community continue to be disproportionately affected by HIV/AIDS. According to the Centers for Disease Control and Prevention, gay and bisexual men represent about 2 percent of the U.S. population, but 30 percent of new HIV infections. So as you can imagine, many HIV testing campaigns target LGBT audiences in the name of reaching the most at-risk populations, using limited resources to make the biggest impact. Generally speaking, this logic is how funding streams work and how proposals are won across the health communications landscape. And heck, we know it works – HIV infections have been declining for a decade.

But in my time as a community manager for the campaign, an issue bubbled up from the community over and over again: stereotypes. The common criticism by our Facebook community was that by targeting LGBT populations, and especially gay and bisexual men, the campaign was reinforcing negative perceptions of their sexual behavior. They mentioned that as an at-risk community, it was exhausting to be constantly targeted for HIV testing when they are not the only group affected. At first, I dismissed these comments and thought, “our community doesn’t get health communication.” But as time has passed, I slowly began to second guess my gut reaction and start to wonder if broader, more inclusive campaigns will not only help the most at-risk audiences, but also create space for empathy and understanding for less affected audiences.

And there are signs that as an industry, health communications is moving toward being more inclusive. For example, the CDC’s new #DoingIt campaign is “designed to motivate all adults to get tested for HIV and know their status.” As I continue my career in communication and public relations, I am going to challenge myself to think not only about audience targeting, but also about creating inclusive, supportive campaigns that involve expanding audiences instead of narrowing them.