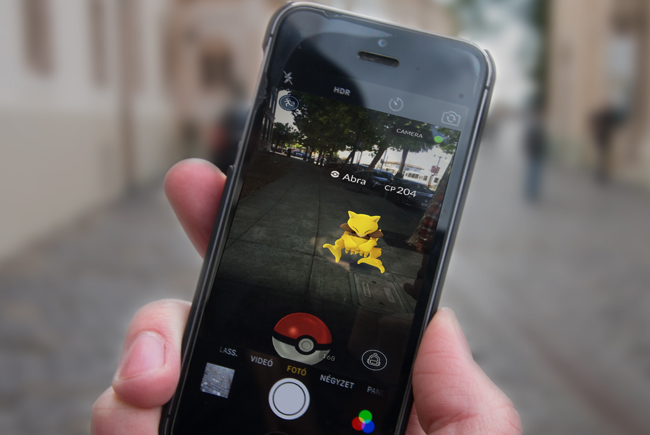 For about a year now, I’ve been telling my friends about this cool app on my phone that donates money to your favorite charity when you log miles walking or running. I think it’s such an amazing idea — bettering yourself while helping a cause. Perfect!

Now guess how many times I’ve used it.

As a cause communicator and career student of behavior change research, I would have bet on me using that app to walk more and further, simply to help my favorite charities. Don’t get me wrong — it’s very successful, with more than $2 million donated to charities so far. Somehow, it wasn’t enough to get me off the couch.

My husband was the first to start talking about it, and it quickly spread throughout our household. On Sunday, we wandered around National Harbor near D.C., stopping frequently — but carefully — in the middle of the sidewalk to collect Pokémon prizes. Later that evening, comfortably melded with the couch after a dinner of pizza, I looked at my phone and noticed the outline of what looked like Pikachu, which indicates that he is nearby. We threw on our shoes and headed out the door looking for him in the dark. We never found him, but we logged 2.5 miles during the pursuit. Were we tired and sweaty? Yes. Were we having fun? Absolutely.

And that is one key to healthy behavior changes, especially among individuals who have a hard time finding the motivation to exercise. First coined by British computer programmer Nick Pelling, “gamification” is the use of game strategies in a non-game environment, such as education or behavior change efforts. Finland researcher Juho Hamari has specifically studied how games can bolster efforts to exercise. Pokémon GO hits all the sweet spots:

Social influence — Is it a cool thing to do? This week there is no app hotter on the planet than Pokémon GO, whose daily users since the launch on July 6 are double those of Twitter. Bragging rights are a key part of motivation, particularly related to exercise.

Recognition — “What level are you on?” That is one of the most common questions among Pokémon GO users. Impressing fellow game players with your rare and powerful Pokémon is another conversation starter. This type of recognition — within the app and from peers — helps to increase the perceived reciprocal benefits by users.

Network exposure — One of the most exciting aspects of Pokémon GO is meeting other players at a Poké Stop or Gym. The number of people in the same network increases interest and motivation around the activity.

Achievable goals — When individuals view a new fitness opportunity, they often assess whether they think they can be successful quickly. Pokémon GO has included several incremental incentives for moving. The app offers a hint about which Pokémon are nearby and how far a person will have to walk to get to them. Poké Stops — where users get additional game supplies — are far enough apart that gamers need to move to find them (unless one is at a restaurant downstairs from your office — just sayin’). It also includes an opportunity to hatch rare Pokémon via eggs collected at Poké Stops. The catch? Eggs will only hatch after owners walk two to 10 kilometers, a distance set depending on the value of the creature inside. In the past week, Google Trends show that searches for “convert km to miles” have increased exponentially in the U.S.

Only time will tell whether Pokémon GO can change the long-term fitness habits of its users. Having been off the exercise wagon for a few months myself, I found our 2.5 mile walk not at all intimidating, and I am motivated to do it again soon — especially if there’s a Pikachu waiting at the end of the block.