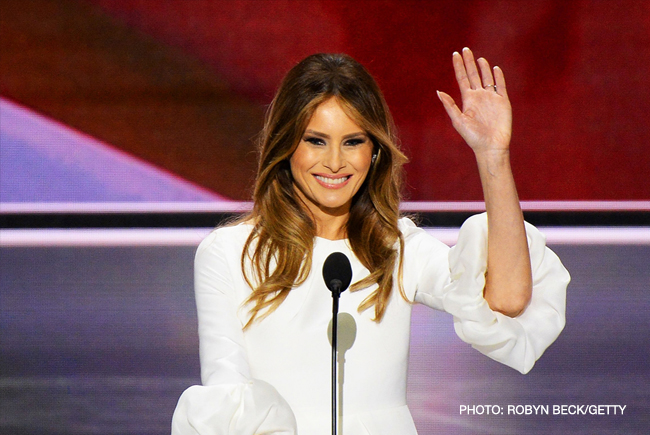 I feel bad for Melania Trump. During the opening night of the 2016 Republican National Convention, she delivered a speech that in part had been delivered 7.5 years before by another candidate’s wife at a presidential convention. Today, Meredith McIver took the blame for lifting two passages from a 2008 speech by Michelle Obama. Now, that’s the only thing people will recall about Trump’s speech — the perception that she lied.

With the advent of online sources to help teachers and professors catch students submitting unoriginal work, it is now easier than ever to uncover plagiarism faux paus. This is how Jarrett Hill confirmed the similarities between Trump’s speech and Michelle Obama’s 2008 Democratic National Convention.

Of course we assume that if you’re a high-profile figure like Trump, you should be more cautious and avoid plagiarism. You definitely shouldn’t become known for it.

When developing speeches or blog posts or any content that will be publicly available, communicators should be wary and overcautious to avoid the embarrassment of plagiarism. The trustworthiness of a speaker, author or organization can be compromised when plagiarism is uncovered, and it’s hard to repair that kind of damage to a reputation.

Similarity in language can be hard to avoid, but there are three basic rules to keep in mind when developing speeches and articles to avoid plagiarizing existing content.