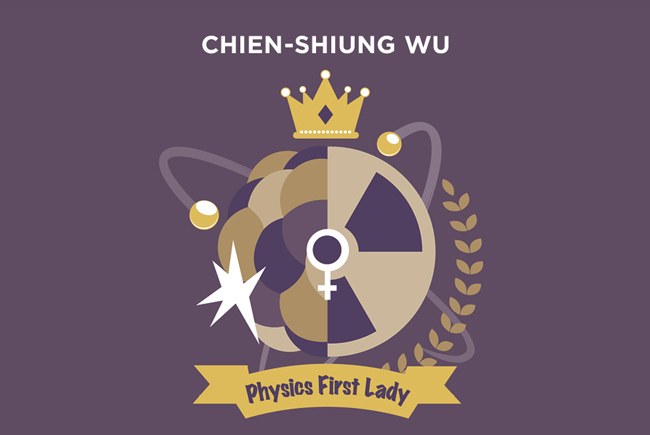 “There is only one thing worse than coming home from the lab to a sink full of dirty dishes, and that is not going to the lab at all!”

Chien-Shiung Wu was a key contributor to the Manhattan Project, an initiative to produce nuclear weapons during World War II, ultimately earning her the nickname “First Lady of Physics.”

Wu graduated at the top of her class from a boarding school in 1930, then graduated from the National Central University of China, Nanking, in 1936. She also received a Ph.D. in physics from the University of California, Berkeley, in 1940. Wu then taught at Princeton University and Smith College. From there, she was recruited by the United States government to work on the Manhattan Project at Columbia University in New York.

In 1957, she made a ground-breaking physics observation that disproved what was then a widely accepted law of nature — the hypothetical law of conservation of parity. This discovery was not recorded, however. As a result, she was not awarded the Nobel Prize. Instead, two male counterparts doing similar research received the coveted award. Wu received other awards and recognition for her work, including full professorship at Columbia University, first Pupin Professor in Physics, first woman elected to the American Physical Society, first woman to receive the U.S. National Academy of Sciences’ Cyrus B. Comstock Award, and a U.S. National Medal of Science. She also was the first woman to receive an honorary doctorate from Princeton University.

Wu retired in 1981, but stayed active in the scientific community, lecturing and encouraging young women to take up scientific careers.