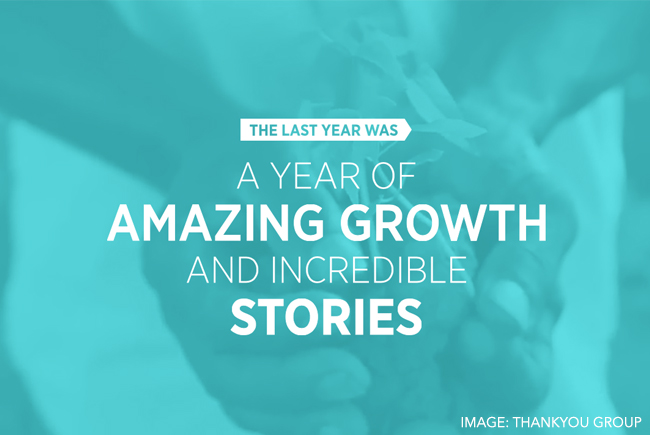 As fall approaches, it’s that time of year for nonprofits to think about their annual reports. Having worked with and for nonprofits for almost a decade, I know this task can be daunting — dare I say dreadful. The challenge is not only to communicate what your organization has accomplished in the last year, but also how to get people to read and share it.

To answer these existential questions, some companies are embracing digital-only annual reports instead of traditional paper reports that are simply converted to PDFs online. For-profit and nonprofit companies are moving away from printed annual reports to more interactive ways of talking about what they accomplished in the past year.

Below are some reasons and examples of why you should consider making the jump to digital.

Below is the first screen in Lemonade International’s 2013 annual report. 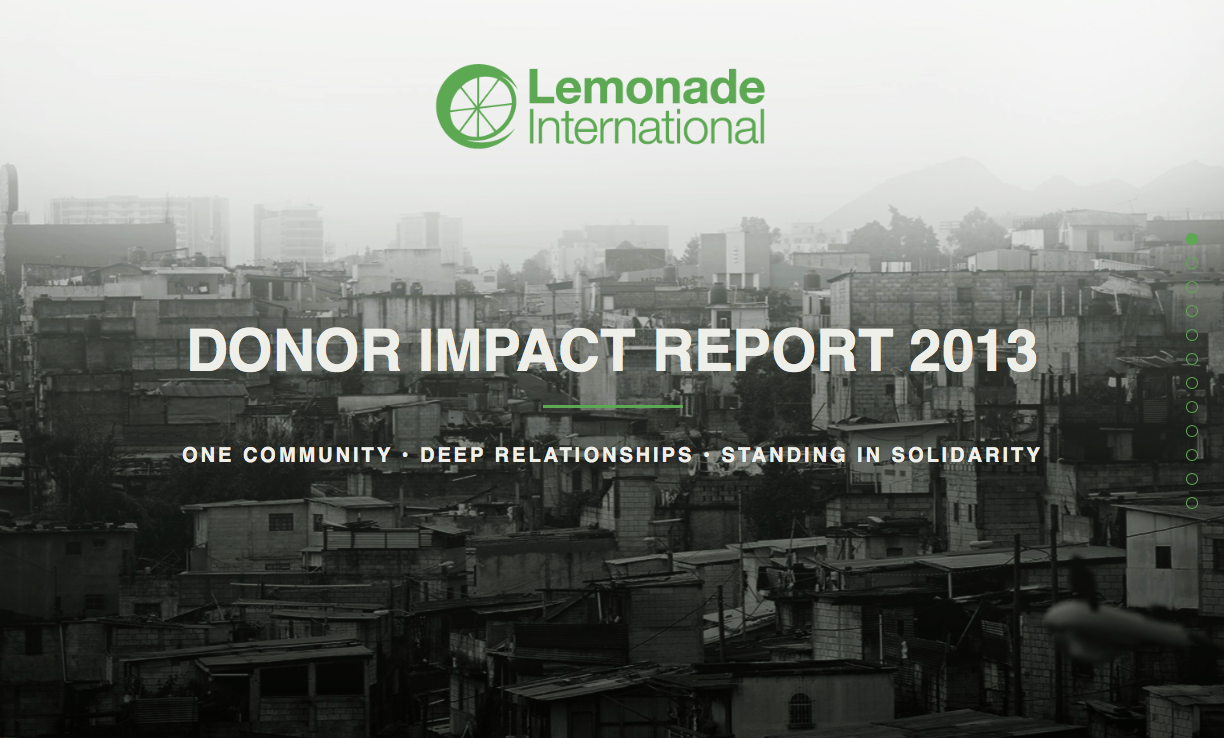 It is a scrollable, one-page report — which means that the organization can tell its story in experiential order. Also, mobile and desktop users will view the report the same way, keeping the experience consistent across devices.

Now, it seems obvious to say that people are accessing information via the internet and mostly on their phones, but the numbers and global impact can’t go unmentioned.

Mobile use surpassed desktop use more than 20 months ago, and by 2017, almost seven out of every 10 people will have a mobile phone throughout the world. These statistics emphasize the importance of responsive and mobile-friendly design.


2. Infographics can more engaging than tables.

Infographics communicate complex ideas by graphically depicting multiple data sources in a visually appealing way. In the Statista example above, geographic location, number of mobile users and yearly differences are all shown in an easy to understand way. If this were a line graph, it wouldn’t have that “shareable” quality that helps expand its reach.

Below is the first screen of MailChimp’s 2015 annual report. 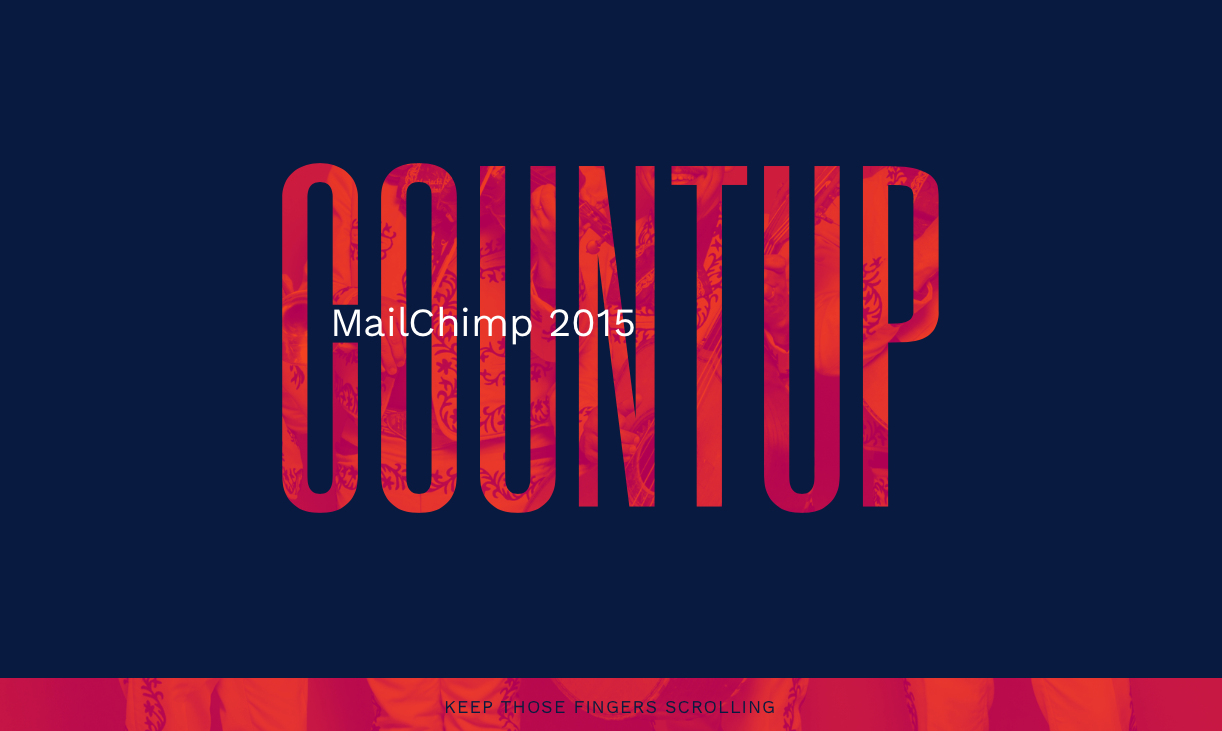 MailChimp utilizes photography and numbers to tell its story, and the playfulness begins with its instructions of “keep those fingers scrolling.” The photos of the staff, events and products give you a sense of the fun and the office’s work in the overall context of the company’s accomplishments.

4. Accomplishments are told through stories, not just data.

Below is the second screen of Australian company ThankYou Group’s 2015 annual report. 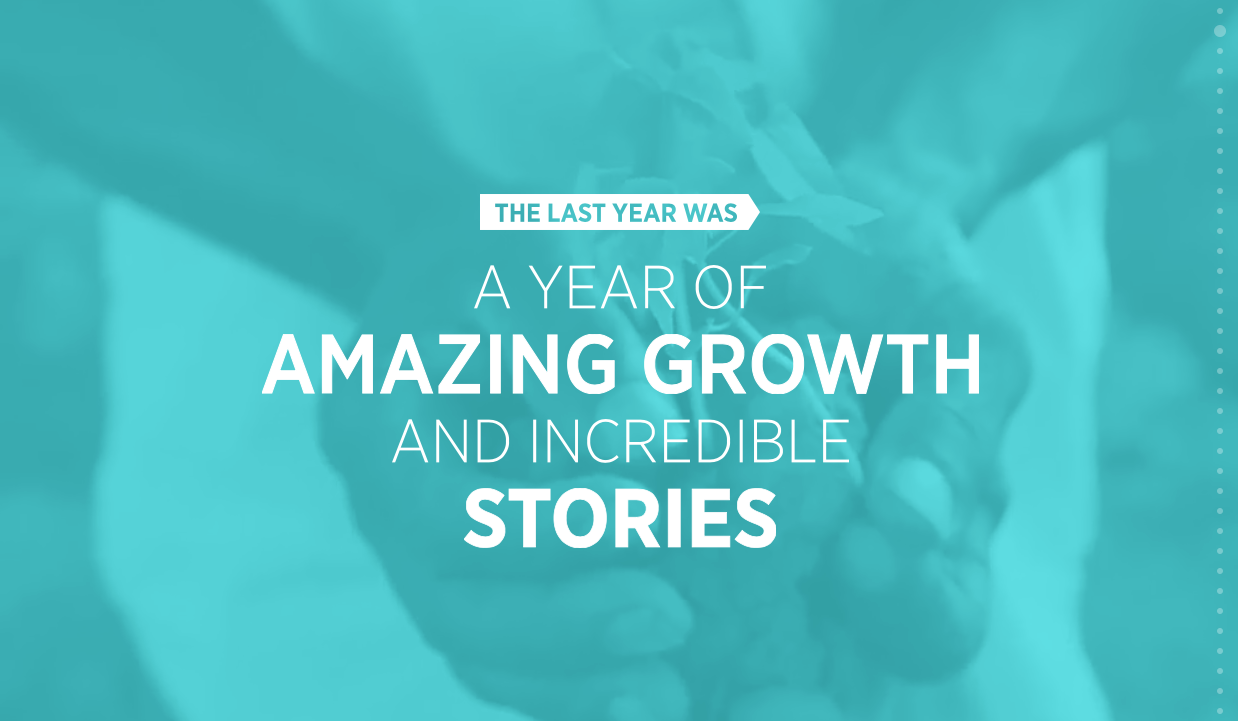 Titled “Built on Stories,” the report excels in telling the human impact of its campaigns. Each issue area of the report features not only what was accomplished, but also a story about a person who was impacted by their work.

Ultimately, your annual report should be an emotional story about how your nonprofit impacts the world. Don’t stop with the data; use it to tell personal stories and describe what you’re accomplishing every day. Format it in an accessible and visually engaging way. Your supporters will share your sense of accomplishment and get energized about what’s to come next year.