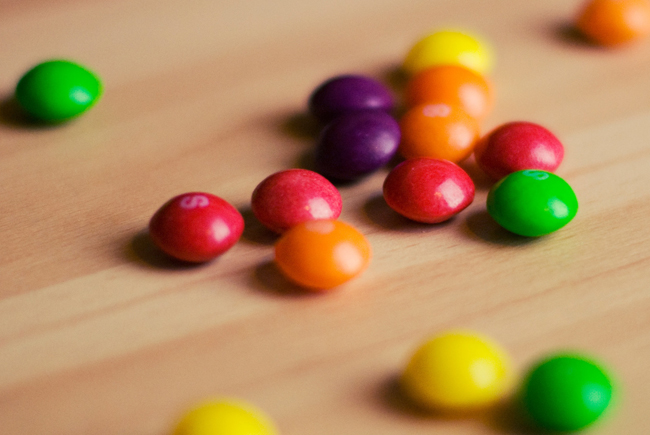 Last week, Donald Trump Jr. tweeted this image of a bowl of Skittles: 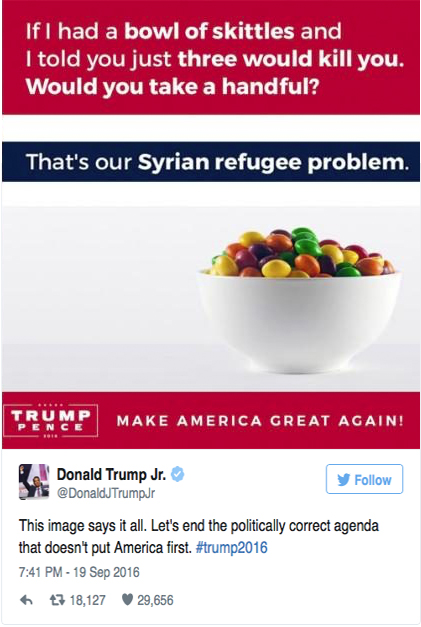 Through the tweet, Skittles was basically invited to dive right into the presidential and social media frenzy seven weeks before the election.

Social media staff at Skittles most likely wondered how they would respond, if they responded at all. Would they risk ticking off presidential nominee followers on either side? Would they join the immigration debate? Would they respond with some witty repertoire?

At Vanguard, we advise clients to be authentic, visual, timely and friendly on social media. We also tell our clients that “no comment” can be construed as a (usually negative) comment. What did Skittles do?

On September 20th, they stayed above the fray with a response classier than “no comment,” saying:

A rep for @Skittles gives me their response to @DonaldJTrumpJr pic.twitter.com/OmkJQkIqug

What’s the lesson? No matter how tempting the invitation for publicity and social media engagement, stick to your brand, state the facts and move along.

Props to Skittles for doing all three.