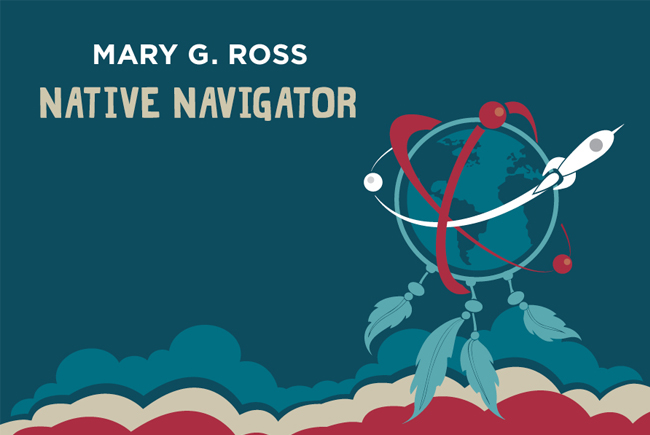 “To function efficiently in today’s world, you need math. The world is so technical, if you plan to work in it, a math background will let you go farther and faster.”

Mary G. Ross was the first Native American female engineer. She became a strong advocate for engineering and mathematics opportunities for both women and Native Americans.

Ross graduated from Oklahoma’s Northeastern State College (now Northeastern State University) in 1928 with a degree in mathematics. After teaching high school mathematics and science for several years, Ross served as a statistical clerk for the Bureau of Indian Affairs, and then as an advisor to girls at a Native American boarding school.

After earning a master’s degree in mathematics from Colorado State University, she joined the Lockheed Corporation, where she was assigned to work with engineers helping the United States win the space race. While there, she joined a group of only 40 engineers known as the “Lockheed Skunk Works,” a secret think tank. This was the precursor to Lockheed Missiles and Space Company, a major consultant to NASA. At the time, Ross was both the only woman and the only Native American in the group.

In 1973, Ross retired from Lockheed and began her advocacy work. This involved traveling to high schools and seminars to mentor college-bound students. She also helped expand the educational programs of the American Indian Science and Engineering Society and the Council of Energy Resource Tribes.