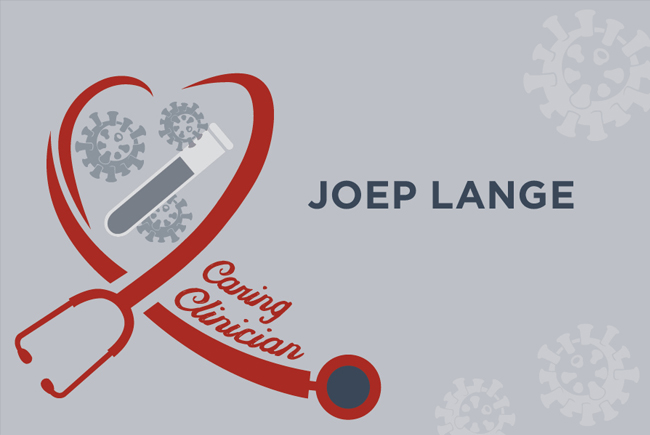 “If we can get cold Coca-Cola and beer to every remote corner of Africa, it should not be impossible to do the same with drugs.”

Joep Lange was one of the most influential and important AIDS researchers and advocates in history. His contributions include identifying how HIV infections progress in the body, helping to show how HIV can linger in cells even after it becomes virtually undetectable, and advocating for the use of triple-combination therapy to treat HIV.

Although the effectiveness of triple-combination therapy often is taken for granted today, it was unknown and controversial when Lange first advocated for its adoption. The treatment involved taking as many as 20 pills each day in a precise regimen at a cost of approximately $15,000 per year. Today, this therapy involves significantly fewer pills and substantially less money, making it practical and affordable for many patients.

Lange’s early efforts to promote the use of triple-combination therapy showed that he was not afraid to take on conventional understanding and treatment of the disease. This courage carried over into his advocacy work for patients. He believed that patients and those participating in experiments were not subjects; rather, they were valued partners. He also advocated to make AIDS drugs accessible, even if only experimental, to those who needed them most, both at home and abroad. To this end, he played a key role in early distribution of HIV/AIDS drugs in hard-hit African countries.

Lange died while aboard a Malaysia Airlines passenger jet that was shot down flying over a separatist-controlled portion of the Ukraine.