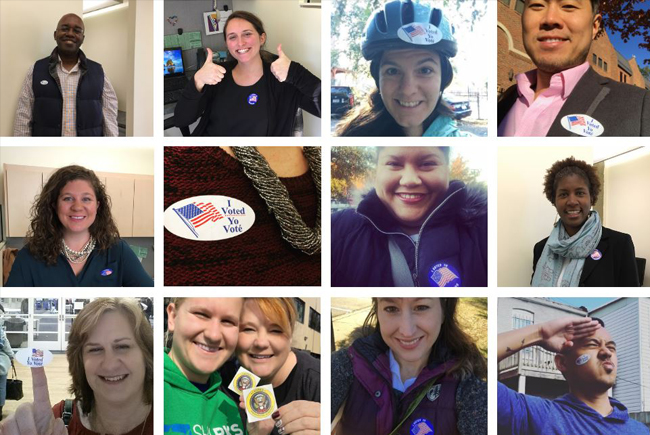 As a Kiwi, I have always been very proud of my heritage — including New Zealand’s global role in women’s suffrage. Many are surprised to learn that New Zealand was the first self-governing country in the world to allow women the right to vote thanks to New Zealand governor, Lord Glasgow, who signed the Electoral Act into law in 1893. In most other democracies — including Britain and the United States — women were not allowed to vote until after the first World War.

Jumping forward approximately 100 years, I moved to the US with my husband. For the last 30 years we have lived in the DC area; our son was born in DC and we now call DC our home. Initially, as a “resident alien,” the politics in this country were something that happened around me. I did not care much about them, nor saw them having a significant impact on my life. Marion Barry made a surprising (maybe not!) comeback as mayor of DC. Monica Lewinski became a household name. Interesting — even amusing — but not my problem.

But then came the results from the hanging chads, followed by 9/11, Afghanistan and those unfounded “weapons of mass destruction” and the unilateral invasion of Iraq. My son was moving toward his teens and it looked as though we were in the US for the long run. US politics were no longer a casual dinner conversation for me; they were now directly impacting the lives of my family members.

In 2013, I finally became a US citizen, and now I am about to vote in my first presidential election. Now, I have a choice in who will be the country’s next president, a choice in creating the future, a choice in shaping our lives. Although there is still a lot of work to do in achieving women’s rights around the world, I am proud that my birth country led the way to a women’s right to vote and that in my adopted country there is a possibility to elect the first female US president. (In another first and point of Kiwi pride, I must note that New Zealand elected a female prime minister in 1999.)

As I think about how hard Kate Sheppard and other early suffrage campaigners in New Zealand worked to give women a voice nearly 125 years ago, I am eternally grateful. Today, I am ready to make my choice in an election that is incredibly significant for this country, the world and my family.  — Karen Henderson, Controller

Last year, Census Bureau data reported that for the first time in 40 years, women college attainment rates surpassed men. This gain is not surprising as women have pushed for inclusion in traditionally male-dominated spaces such as politics, science and technology, medicine and the C-suite of corporate America. Though there is still much work to be done, this year’s presidential election with a female candidate as a major party’s nominee has sparked the dreams and hopes of girls and women everywhere — regardless of party affiliation. The glass ceiling has most certainly been shattered and our country is stronger because of it. Here’s to girl power! — Noralisa Leo, Vice President Diversity and Inclusion