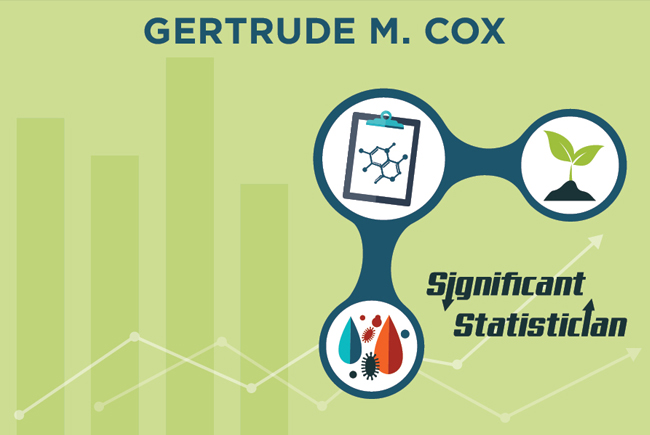 “The statistician who supposes that his main contribution to the planning of an experiment will involve statistical theory finds repeatedly that he makes his most valuable contribution simply by persuading the investigator to explain why he wishes to do the experiment.”

Gertrude Cox was an early pioneer who helped make statistics practical for those working in agricultural and biological research. She was a driving force in bridging the gap between theoreticians and research workers. Specifically, she co-wrote the book “Experimental Design,” which greatly influenced the design of experiments for statisticians.

In the 1950s, she played a significant role in planning for what is now known as the Research Triangle Institute, and became the first head of the institute’s Statistics Research Division. In 1965, she served as a consultant to the institute as well as governmental agencies.

Her impact, however, was not limited to the United States. She lived in Cairo to help Egyptians develop the Institute of Statistical Studies and Research. In Thailand, she assisted the Kasetsart (Agricultural) University and served as an advisor. She worked on childhood nutrition issues in Guatemala and also worked in El Salvador, Costa Rica, Honduras and South Africa.