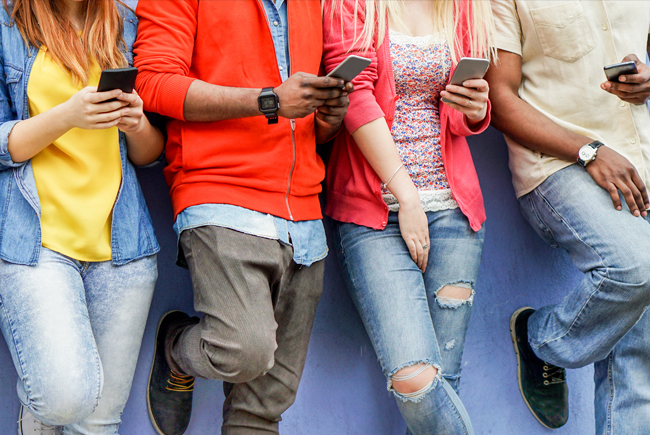 It seems we look at every year as a “big” year for social media. This year, it wasn’t so much about new channels emerging, but mainstay channels expanding their toolbox for influencers and brand promotion, static platforms like Instagram adapting to the capture-the-moment visual style of Snapchat and, of course, ever-evolving tweaks to the Facebook algorithm. Below, we highlight some of the major changes to social media platforms in 2016 — and what they mean for the new year.

Probably the biggest change comes from recent current events. Due to concerns about the viral sharing of content that was extremely biased and possibly false in the wake of the 2016 election, Facebook recently announced plans to limit the amount of “fake news” found on users’ newsfeeds. In addition, Facebook is working to limit ethnic targeting on its newsfeed following a ProPublica report that highlighted it publicly.

Facebook also has released news about plans to allow users more self-expression via text. The first rollout will be for Android users and allow options for colorful backgrounds for status updates, including a color gradient.

In September, Twitter cut down on certain types of content that counted toward the 140-character tweet limit. Now, users can attach images, videos, GIFs and other types of media without it reducing the character count. Quoted tweets also no longer reduce character limit. This was a hotly debated topic — the addition is great for brands, but the original 140-character tweet is an element that’s been core to Twitter since the platform began nearly a decade ago.

RIP Vine. Last October, the platform announced they were shutting down their video service, Vine. The platform had pioneered the use of short video on social media, but eventually found itself bypassed by Instagram and Snapchat. Now, users can upload videos directly to Twitter.

These changes indicate Twitter’s ambition to grow its active users by evolving toward other social media platforms. With visual platforms starting to increase ad revenues, Twitter is hoping to catch up with the features users love about Facebook and visual social platforms.

The big question is, what hasn’t happened with Snapchat this year? Snapchat might get the prize for the biggest social media changemaker of 2016. Users can now save snaps and upload previously taken photos to the app using the “Memories” feature — a major move away from the “immediacy” brand of the app.

Another big change? The company rebranded itself as a camera company, Snap Inc., then launched its first tangible product, Spectacles. The rebrand signified the launch of what people predict will be multiple photography products and capitalized on Snapchat’s loyal and ever-expanding base, allowing the platform to explore different areas of profitability while moving away from reliance on a camera phone.

Last August, Instagram introduced its “Stories” feature that lets users capture and share photos and videos without statically keeping them on their profile. Demonstrating an effort to capture and capitalize on Snapchat’s immediacy, this feature allows users to customize images with drawing, stamps and text to highlight moments.

Users also can turn off the comment feature on their photos, allowing more user control over trolls and negative comments.

The biggest change to Instagram this year? A more coordinated approach to the post feed algorithm. Posts now are aggregated in the form of perceived user interest, rather than simply by chronological order. To switch up the variety of posts, users are encouraged to engage with a bigger variety of content or to turn on post notifications from those whose posts they might not want to miss.

Video will move even closer to center stage, most likely becoming the most popular form of visual content. Users will become accustomed to more streamlined experiences with things like Facebook Live and virtual reality technology. Also, as sponsored content and brand advertising become more subtle, authenticity in brand advocacy will become most valuable.

Finally, will Spectacles catch on? They do sell for much less than Google Glass and will make it much easier for media outlets and brands to make visual waves in the next year. So be on the lookout!