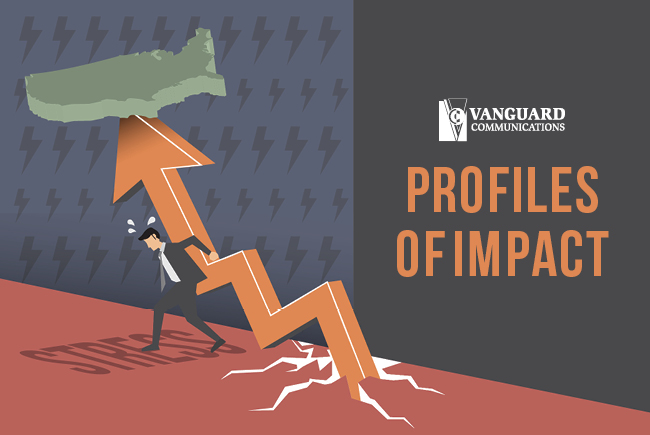 Today, we know that stress is a key, chronic problem affecting the physical and emotional health of our nation. But 10 years ago, that revelation was still unfolding. It needed to be studied, processed and unpacked in ways we could understand and do something about.

From this need, the Stress in America™ survey was born.

In 2006, the American Psychological Association teamed with Vanguard and Harris Interactive to launch this comprehensive survey to assess the levels, sources and impact of stress nationwide. Part of APA’s Mind/Body Health Campaign, Stress in America™ has identified dominant sources of stress and offered concrete steps for reducing stress and developing healthy ways to cope.

The role of psychologists in addressing and improving mental health can be difficult for the public to understand. Research, case studies, and other concrete examples of how these professionals promote individual behavior change is essential. The Stress in America™ survey provides a basis for an annual conversation about how psychologists can encourage healthy coping behaviors, no matter the source of stress.

“Together with Vanguard, we identified stress as an entry point for APA to address Mind/Body Health issues,” says Luana Bossolo, Associate Executive Director for APA’s Practice Communications Office. “That approach has been well received by the media and public. As a result, the survey helped to address issues various issues related to the nation’s lifestyle and behavior, and the value that psychologists can offer toward improving the health and wellness of Americans.”

The survey not only measures attitudes and perceptions of stress among the public, but also provides insight into the causes of stress and how it impacts life, health, relationships and work. Over the past 11 years, the survey has covered a wide range of issues, from finances to generational pressures, discrimination to parenting.

As stress is a topic that everyone can relate to, media and academic attention to the survey has grown exponentially, with reporters contacting both APA and Vanguard months in advance to get a preview of the survey topic and release date. Some of the nation’s most high-profile and widely viewed media outlets have covered the survey, such as USA Today; NBC Nightly News; CBS This Morning; CNBC; CNN; Forbes; The Huffington Post; TIME; and U.S. News & World Report. And universities are using the survey as part of their curricula in communication, psychology and other fields.

Survey coverage has also moved beyond the month of release to a year-long conversation with reporters about stress, its sources and ways to cope. When Stress in America results for 2016 were received in late September, the data revealed a compelling finding — a majority of Americans were significantly stressed about the presidential election.

Knowing that this data would resonate with the media in the midst of a controversial and deeply divisive election, Vanguard and APA created a 2-page mini report in November 2016 with accompanying infographics, along with a press release to explain the election-related stress findings. This preview data release about election stress generated more than 4,000 media placements.

Overall, Stress in America™ has opened the door for APA and its member psychologists to discuss stress as a serious health problem, the connection between stress and chronic illness, and the importance of behavioral changes to realize a healthy mind and body.