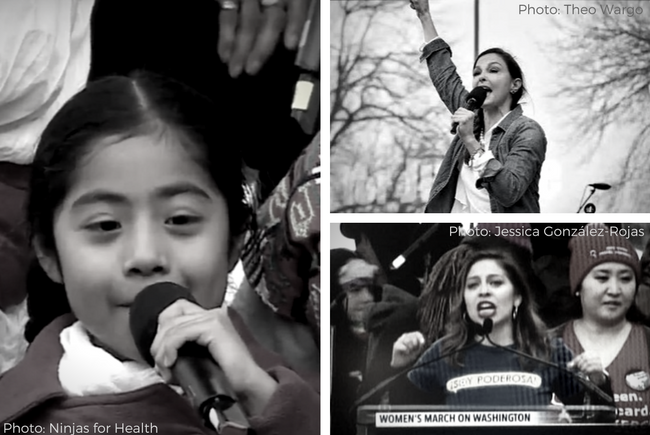 This past weekend, a sea of pink hats flooded the country, worn by more than 3.3 million people marching in at least 500 cities across the U.S. Many political scientists agree it may have been the largest demonstration in U.S. history.

For PR professionals and communications strategists, it is remarkable that despite the coordinated communications efforts from the national Women’s March organization and city committees in the days leading up to the event, participation was truly fueled at the grassroots. From the heartfelt remarks (in Spanish and English, with no talking points!) delivered by a 6-year-old activist, to the impassioned speech and personal testimony from Hollywood celebrities, to the poetry and songs from cultural activists and feminists, the focus was inclusiveness; the message was love. Pins, T-shirts — and yes, those pink hats — echoed a similar positive spirit of equality and women’s rights.

The hallmark of a good, integrated communications campaign was evidenced everywhere you looked: effective surrogates, compelling messages, and graphics (in the form of witty posters) and broad-based support through cross-cultural and global collaboration all led to an authentic display of mobilization. The pictures— from South Carolina to Alaska and everywhere in between — capture a country and its people in the throes of true democracy and civic engagement.

In the moment, many of those marching understood that a march alone would not bring progress. Members of Battleground Texas registered voters at Women’s Marches across the state. The day after the event in Washington, D.C., Emily’s List hosted a candidate training session for women seeking elective offices. Event partners included organizations such as the Latino Victory Fund, the Gay & Lesbian Victory Institute, and Emerge America to ensure diverse representation of women at every level of government: local, state and national.

Now, in the aftermath, many Americans are looking to continue the momentum of the event through local and national activism. Using social media with calls to action, vigils and legislative outreach, more people are engaging in the political process to demand accountability in their elected officials.

Communications is a powerful tool for social change that is more effective when it is authentic and relevant. Saturday’s demonstration met these criteria to make it a PR win — but given the personal nature of the march, that was never the goal. This was an event fueled by a wide range of emotions for people seeking hope and a sense of community linked by shared values. In that regard, it was a mission accomplished.