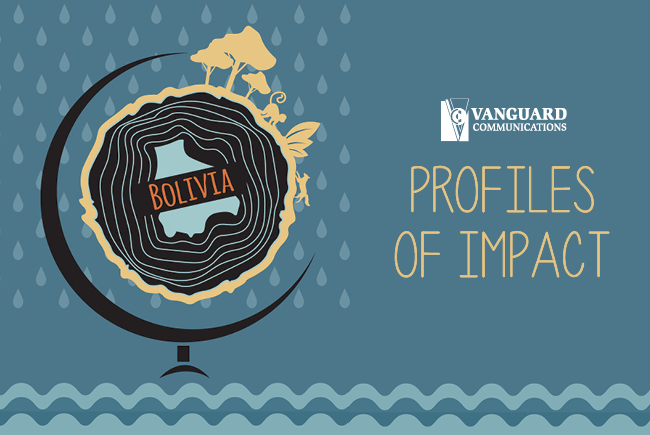 In 1987 — the year that both Conservation International (CI) and Vanguard Communications were founded — CI undertook the first-ever “debt-for-nature” swap between Citicorp and the government of Bolivia. Vanguard publicized the groundbreaking deal, wherein CI purchased a portion of Bolivia’s foreign debt in exchange for the protection and management of nearly 3.7 million acres in the Beni Biosphere Reserve.

In addition to sparking similar swaps around the world, the Bolivia swap raised the profile of CI and educated reporters on pressing environmental issues.

Conservation International is also turning 30 this year, and now employs more than 1,000 people and works with more than 2,000 partners in 30 countries. Vanguard President Maria Rodriguez caught up with CI’s CEO, Peter Seligmann, to discuss how this groundbreaking deal paved the way for CI and the work it does today.

“A couple of things stand out. First, it was so powerful to demonstrate that foreign debt accrued by countries impacted the health of tropical forests and there was a way to solve that problem. We were able to do something truly worthy that impacted the ultimate health and well-being of a nation.

“Second, the announcement was essentially the coming-out party for Conservation International, since we’d just opened our doors at the end of January of that same year. What an impactful way to gain attention for our mission to link conservation of nature with finance and economics. Through the incredible media attention garnered by the debt-for-nature swap, we illustrated that solutions to environmental problems have to be sensitive to the livelihoods of people.”

“It was truly profound. We showed a path for linking debt reduction with doing good work in countries, and many organizations followed suit by negotiating debt-for-nature agreements in other countries.

“Yes, they are still happening. Just last year, we negotiated one in Indonesia. Of course, now they are more complex and require lots of legal counsel. Back in 1987, we were able to sign a simple agreement between Conservation International and the President of Bolivia.”

“I can’t boil it down to a single tactic. If I think about the single most effective approach to conservation, I’d say it’s the understanding that humanity needs nature to thrive. Ecological systems are essential to the well-being of humanity. When the natural world is unhealthy, it has a real detrimental effect on quality of life for human beings.”

Over the years, Conservation International has helped support 1,200 protected areas and interventions across 77 countries, safeguarding more than 601 million hectares of land, marine and coastal areas.​​