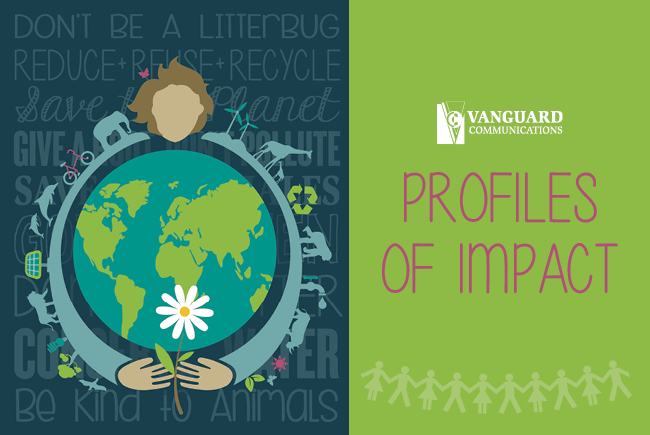 On March 24, 1989, the Exxon Valdez oil tanker crashed into Bligh Reef in Alaska’s Prince William Sound and began gushing oil into the region’s pristine fishing and wildlife breeding grounds. The disaster unexpectedly set the stage for the press conference Vanguard was in the process of arranging a month later on Capitol Hill, when we joined forces with the Earth Day 1990 coalition to launch a campaign that would culminate the following year on Earth Day’s 20th anniversary.

The Exxon Valdez disaster was the most important environmental story of the day, and Vanguard was in the middle of it — orchestrating news briefings, dispatching impact analyses, and connecting the dots between America’s oil economy and the environmental problems we faced.

Our bigger job was to construct and implement a sophisticated strategy that would ensure media coverage of Earth Day 1990 and inspire millions of people to participate in Earth Day events around the world.

For the anniversary to be successful, we knew we would need to be creative and engage reporters on many fronts: science, politics, the economy, Capitol Hill … even entertainment. We worked with all the major media “players” — from the New York Times and National Geographic to NBC and the only cable news outlet at the time, CNN — to arrange a groundswell of stories reaching diverse audiences. Behind the scenes, we crafted briefing materials, developed talking points and trouble-shot everything that could possibly go wrong in bringing tens of thousands of people to Washington, D.C., for a day of action.

The main event was a massive demonstration on the steps of the U.S. Capitol, with hundreds of journalists reporting live from the National Mall. Dozens of celebrities, elected officials and activist leaders eagerly and passionately declared their commitment to a clean environment as we worked with the Earth Day team to make sure many voices delivered a cohesive message: If we want to leave our children and grandchildren a livable world, we must protect our planet.

Earth Day 1990 became the most publicized and best attended environmental “happening” to date, engaging 200 million people in 141 countries. In addition to raising awareness of the impact of oil spills on the environment, Earth Day 1990 gave a huge boost to recycling efforts worldwide. It helped pave the way for the groundbreaking 1992 United Nations Earth Summit in Rio de Janeiro, where the first international goals aimed at preventing global climate change and protecting biological diversity were established. It also generated momentum for the launch of Green Seal, one of the first labeling programs to create performance standards to reduce the environmental impact of manufacturing.

Today, more than 1 billion people participate in Earth Day activities each year — including many Vanguardians! — making it the largest civic observance in the world.

Diane MacEachern is the co-founder of Vanguard Communications and was involved with the firm for its first 14 years. She went on to start Big Green Purse, an initiative that is mobilizing consumer clout to stop climate change, reduce pollution and limit use of toxic chemicals in manufacturing. www.biggreenpurse.com