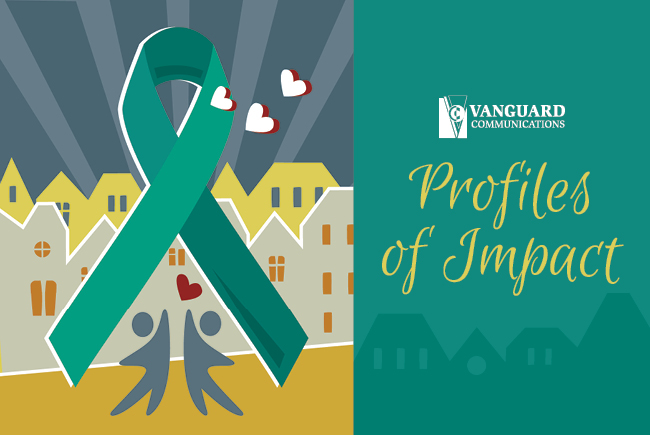 Michael Phelps. Prince Harry. Kid Cudi. Demi Lovato. Kristen Bell. These are just a few of the high-profile individuals who have discussed their childhood and young adult experiences with mental illness. Their stories are like those of the one in five children who experience serious mental health conditions in their lifetime. And while it seems like more and more people are talking about children’s mental health, it has been a long time coming.

In 1994, Vanguard began supporting the Substance Abuse and Mental Health Services Administration (SAMHSA)’s Caring for Every Child’s Mental Health Campaign. Lisa Rubenstein, Public Health Advisor and the agency’s lead for the campaign, says that, back then, mental health was an adult world.

“When SAMHSA began these efforts, the focus of programming and outreach was adults, not just at the federal level, but also at the state and community levels.”

SAMHSA’s Caring for Every Child’s Mental Health Campaign was created to bring attention to the mental health needs of children and families, and support “systems of care” at the state, tribal, territorial and local levels. These coordinated networks of community-based services and supports are organized to help children and adolescents with mental health needs thrive at home, at school and in the community.

Vanguard’s Senior Vice President Brenda Foster sat down with Lisa Rubenstein to discuss how the conversation around children’s mental health has evolved over the past 23 years, and how Awareness Day has evolved to keep people talking.

What is one of the biggest attitude shifts you’ve seen over the years related to children’s mental health?

Even within SAMHSA itself,  the Center for Mental Health Services, Child, Adolescent and Family Branch, which hosts Awareness Day each year has gotten much more visibility on children’s issues. Many of our Awareness Day collaborating organizations — even those with a behavioral health focus — hadn’t concentrated their efforts on children and families. Now we’re seeing the same interest and commitment from organizations who don’t focus on mental health, but they understand how critical it is to all aspects of serving children and families.

How did Awareness Day begin?

Awareness Day started as a grassroots activity where community-based systems of care could, on the same day, highlight their work and focus their communications. It wasn’t another national media campaign conceived in a vacuum — it began at the local level. In fact, it was the same grantee communities who asked us to host a national event that could galvanize and amplify their local efforts.

When did you start to see an impact from the Campaign and Awareness Day?

We know that in social marketing, the strategy must be multilevel to see system change.

The tipping point was when we started getting national organizations who wanted to collaborate, because they saw this as an activity that can really augment their messages and support their chapters and members. Even better, the focus on one day seems to jumpstart partnerships that continue year-round on major programs and initiatives.

What have been the benefits of Awareness Day?

We’ve heard from grantees, families, youth and providers that Awareness Day is so effective because it’s inclusive, and it’s a conversation. Rather than a top-down communications effort, everyone contributes ideas toward real system change. The key has been to amplify voices from communities, tribes, states and territories. Also, because we continue to evaluate the impact of systems of care, we’re able to feed that data right back into the program and build on what’s working and identify where the conversation needs to go next.

This Thursday, May 4, SAMHSA will host the 12th annual National Children’s Mental Health Awareness Day: “Partnering for Help and Hope” event in Washington, D.C., at The George Washington University’s Jack Morton Auditorium. The event will be live webcast beginning at 7 p.m. EDT. This year’s event will focus on the importance of integrating behavioral health and primary care for children, youth, and young adults with mental and substance use disorders. Olympic champions Michael Phelps and Allison Schmitt will serve as the event’s Honorary Chairpersons.