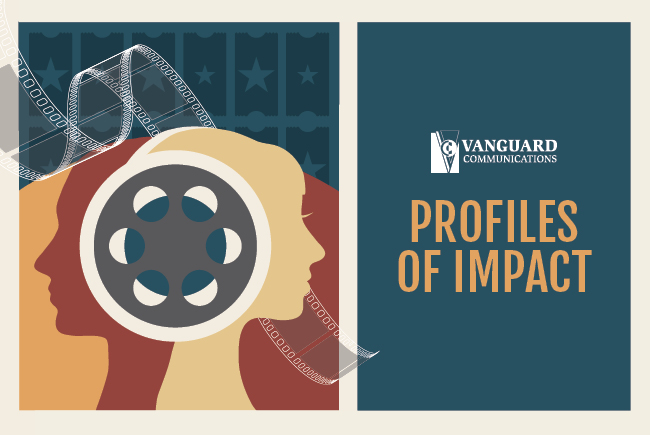 The entertainment industry has always played a prominent role in helping shift public perceptions on important issues, from cancer to sexual assault. Beyond the classroom, television and film often serve as “continuing education” for Americans about contemporary concerns. A common role for entertainment education is to break down stereotypes, myths and prejudices that can inhibit conversation and help-seeking behaviors.

When Vanguard helped the Substance Abuse and Mental Health Services Administration (SAMHSA) launch the Voice Awards program in 2005, the plan was clear: publicly recognize television and film writers and producers for creating accurate, respectful, and hopeful portrayals of people living with behavioral health challenges. In turn, these industry leaders would be motivated to create and influence more programming that celebrates the promise of recovery and the significant contributions made by individuals experiencing these challenges.

“The purpose of a storyteller is not to tell you how to think, but to give you questions to think upon.” –Brandon Sanderson

The entertainment industry was already inundated with awards shows, so the task of creating one that would engage writers and producers was not easy, especially since many in the industry didn’t yet understand or recognize these issues in their own personal or professional lives. Our goal of inspiring stories on screen required highlighting the voices of community leaders in recovery from mental health and addiction issues. Their real-life experiences of resilience helped separate the Voice Awards from other programs and provide motivation for writers and producers looking to tell positive, accurate, recovery-oriented stories.

The entertainment community has enthusiastically embraced the Voice Awards, both behind the scenes and on stage. Volunteer hosts have included Dr. Mehmet Oz, Grey’s Anatomy’s Chandra Wilson, and Academy Award winners Richard Dreyfuss and Louis Gossett, Jr. Through annual educational themes, such as suicide prevention and trauma, Voice Awards hosts and presenters help the in-person and live webcast audiences address myths and gain insight into crafting stories that go beyond basic messaging to deeper, more revelatory narratives that educate and inspire viewers. Industry partners, including the guilds representing writers, producers, and directors, have helped further propel the Voice Awards mission and its success.

In the 12 years since the first Voice Awards event, the investment has paid tremendous dividends in terms of increased interest in telling these stories and success in producing stronger, more accurate and hopeful portrayals of individuals dealing with mental and substance use disorders. In 2005, just 45 television and film productions were nominated. The 2017 Voice Awards event will highlight 10 productions from a pool of more than 200 nominees.

Together, through the Voice Awards program, Vanguard has supported SAMHSA to:

Beyond the numbers, we’ve seen an overall increase in positive depictions of behavioral health, not just as plot devices, but as ongoing storylines with central characters who are strong, talented and successful. Characters with behavioral health conditions are not only more prominent, but also multidimensional. No longer relegated to small films and documentaries, major studios and networks are exploring these issues, from Pixar’s Inside Out to Fox’s Empire.

On Wednesday, August 16, SAMHSA will host the 12th annual Voice Award event in Los Angeles at UCLA’s Royce Hall. The event will be live webcast beginning at 6:15 p.m. PDT. This year’s event will highlight ​individuals ​and ​entertainment ​productions ​that ​provide ​hope ​and ​support ​to ​service ​members, veterans, and their families who ​have ​faced ​mental ​health ​and ​addiction ​challenges. Celebrity Chef Robert Irvine will serve as the event’s host. Irvine ​has ​been ​an ​ardent ​supporter ​of ​issues ​affecting ​military ​personnel ​and ​their ​families ​through ​the ​Robert ​Irvine ​Foundation.

Register to watch the 2017 Voice Awards online or attend the event in Los Angeles, CA.