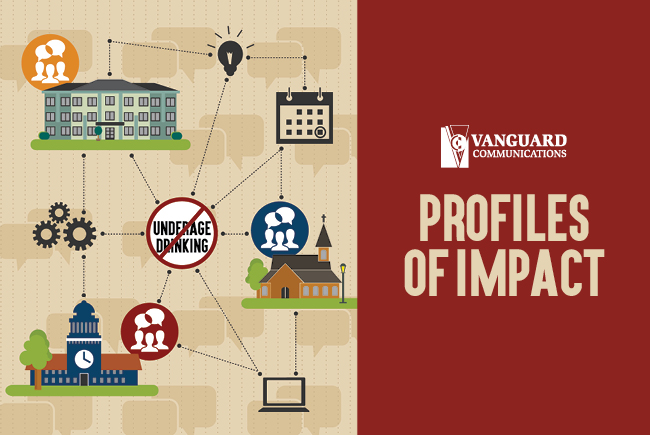 Underage drinking. It can be a difficult topic for families to discuss and a controversial one for communities to deal with. Its dangers and negative consequences are well documented, yet so many continue to turn a collective blind eye, declaring “it’s no big deal.”

This is the backdrop against which the Substance Abuse and Mental Health Services Administration’s Underage Drinking Prevention Education Initiatives (UADPEI) has been working for more than a decade.

Unprepared to accept that drinking under the age of 21 is a rite of passage that should be monitored but not managed, the agency has since 2006 sponsored nationwide Communities Talk: Town Hall Meetings to Prevent Underage Drinking to help communities facilitate dialogues on preventing and reducing alcohol use. By getting members of the community in the same room, usually with young adults who can share real-life experiences, these conversations have the power to open eyes not only about prevalence and access, but also local solutions.

It’s not always an easy sell. Individual and community attitudes can make it hard to frame alcohol as the threat it truly is. This is despite what we know is true about drinking underage, including that it increases the risks of:

In 2014 Vanguard began partnering with SAMHSA on the UADPEI work, applying the philosophy that Prevention is Possible — and the data is on our side.

SAMHSA’s research into the effectiveness of prevention programs has shown that young adults both care about and respond to their parents’ position on drinking underage. It showed that despite assumptions and myths, not all young people do engage with alcohol. It showed that community members — from law enforcement to business owners to college administrators — had collaborated on programs to curb access to alcohol.

Communities Talk meetings helped to bring that knowledge and experience together, and in 2016, set a high bar for engagement.

In the end, we helped SAMHSA set a new record for Communities Talk events. Twice as many young people led Communities Talk events than in 2014 and events held at colleges and universities more than doubled. Half of the community-based organizations that hosted events reported that their events prompted them to start planning future underage drinking prevention activities.

It’s gratifying to see so many of these efforts taking root around the country, ensuring that prevention continues to be possible.

Learn more about Communities Talk meetings in this blog post.