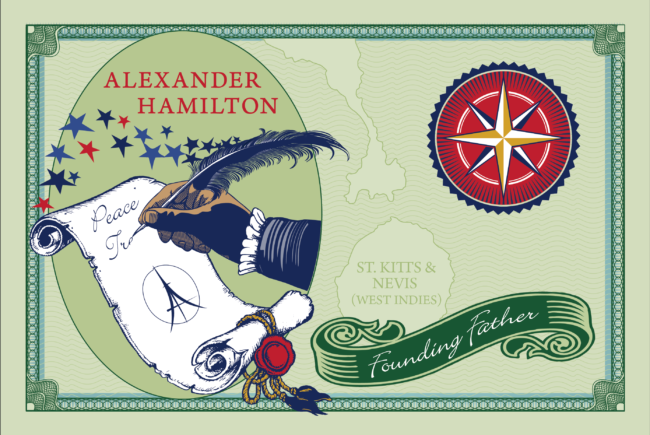 “There is a certain enthusiasm in liberty, that makes human nature rise above itself, in acts of bravery and heroism.” – Alexander Hamilton

Before he was the focus of a hit Broadway musical, Alexander Hamilton was a young man who immigrated from Nevis in the West Indies to further his education at what is now Columbia University.

In his professional life, Hamilton used creative, persuasive writing and a tenacious negotiating spirit to build a foundation of justice in many aspects of American society. In doing so, this founding father and first Secretary of the Treasury established himself as one of the most gifted communicators of his time.

Not only was Hamilton George Washington’s most trusted adviser who helped negotiate the surrender of the British in the Revolutionary War, he also promoted the value of funding the war through a national bank in his Report on Public Credit.

Through the Federalist Papers, Hamilton advocated for a central government and tirelessly lobbied for the ratification of the Constitution.

The Caribbean native went on to serve as a peace negotiator between America and foreign countries by helping shape the Neutrality Proclamation in 1793 to keep America out of conflict with Great Britain and France. Hamilton ambitiously defended the best interests of the nation through his foreign policy that prioritized the well-being of America while embracing moral standards that are still relevant today.