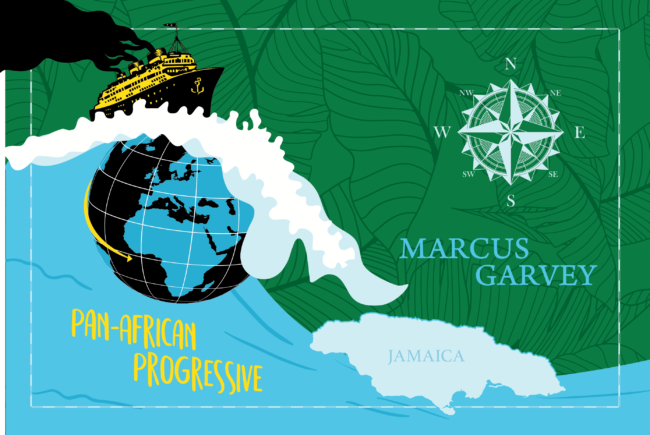 Long before the civil rights movement took root in the U.S., Marcus Garvey was sowing the seeds of equality for African Americans from his native Jamaica.

His journey as a social change activist began when he was just a teenager, after joining a printer’s strike to demand higher wages. Through debates and elocution contests, he used his voice and personal experience with racism to take on economic injustice in his segregated country.

Looking beyond his own country’s borders, Garvey moved to Central America to report on the exploitation of migrant workers, and in 1916 migrated to the New York community of Harlem, where he met and married social worker and women’s rights activist Amy Ashwood.

In Harlem, Garvey not only voiced his opinions but began his legacy of organizing. He led an effort that came to be known as the Pan-Africanism movement that strengthened black nationalism and bonds between people of African descent. He believed strongly in the power of uniting for economic, social and political progress, which led him to establish the Universal Negro Improvement Association and African Communities League (UNIA-ACL). This organization, which provided members with support in housing, economic development and education, focused on protecting the rights of people of African ancestry decades before the civil rights movement.

He didn’t stop there. After connecting communities with his newspaper Negro World, Garvey formed an international shipping company called the Black Star Line to provide transportation and encourage trade among businesses in Africa and the U.S. Shortly after, he founded the Negro Factories Corporation to manufacture commodities in major industrial centers and create more jobs for those of African descent in the U.S., including at grocery stores, steam laundry shops and restaurants.

Although he never set foot in Africa, Garvey’s efforts enabled him to uncover injustices, which brought a sense of freedom, pride and dignity to African Americans in the 20th century that still influence generations today.