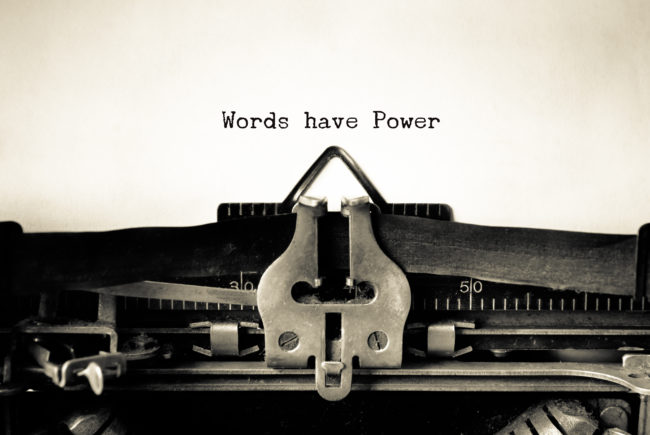 Words matter, and chances are that at least once in your life, you’ve heard a string of them that you found hurtful or offensive. While the person who said them may not have intended any harm, words can sting; in PR and media, they can damage brand and credibility.

A recent headline caught the attention of my colleagues as an example of why we need to be intentional, sensitive and informed when discussing a topic. The CNN.com headline “Cooper Hits Sanders for Attempted ‘Gaslighting’” referred to a segment in which CNN host Anderson Cooper challenged White House press secretary Sarah Huckabee Sanders’ comments on President Trump’s support for survivors of domestic violence.

We weren’t the only ones who took issue with the use of hits in the headline for a story about violence, as we learned in a conversation among members of Progressive Communicators of DC (PCDC). Our peers in PCDC also took note of this headline and discussed poor word choice and violent imagery in headlines.

In communications, choosing the right words — both in accuracy and tone — for any context or audience is incredibly important. Although some say the culture of “political correctness” has gone too far, we use a different term — cultural competence, to be exact — to describe this best practice.

Cultural competence comes up a lot at Vanguard due to our work in the mental health space. We see how often words such as psycho, crazy or bipolar are tossed around in everyday lexicon without consideration for what these words mean or how they might impact someone living with a mental illness. For a person who lives with depression, hearing someone say, “I’m so depressed!” after a bad day at work could feel diminishing of their actual lived experience with this clinical diagnosis.

Fortunately, times are changing, and there is an increased awareness of using respectful, inclusive language. “Spread the Word to End the Word,” for example, a campaign supported by the Special Olympics, Best Buddies and other organizations around the world, aims to end the use of previously accepted but harmful words to describe people who have intellectual disabilities and encourage everyone to think before they speak. By sharing personal stories, these groups are helping people understand the impact of what they say and create a more empathetic, inclusive world.

In addition to thinking about what words we should not use, we strive to use person-first language, meaning that a person is not defined by a disability, illness or other characteristic. For example, we say, “She has a substance use disorder” rather than “She is a drug addict.” We can make these subtle shifts as well as ask ourselves whether identifying this feature is important to the story being told. Is a person’s depression or autism an essential part of the conversation? If not, why are we talking about it at all?

Of course, as human beings we make mistakes, and at some point we will say something without thinking. But that’s no reason not to be deliberate with our language and considerate of those around us.

With just a little care, we can make progress toward a world where people feel included and respected. What words do you steer around in your work, or what are your suggestions for avoiding problematic language?