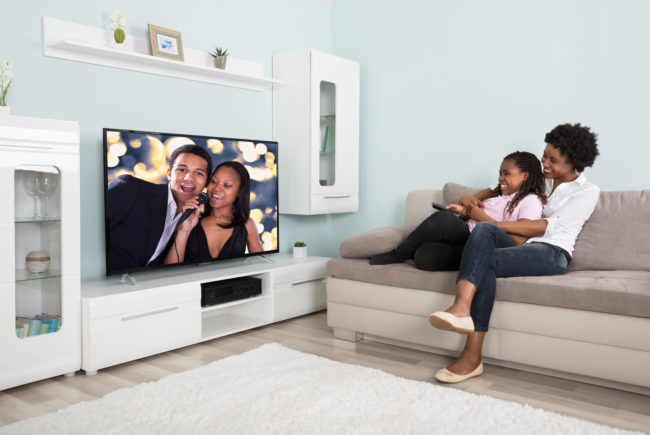 As Vanguard Communications prepares to support the Substance Abuse and Mental Health Services Administration’s (SAMHSA) Voice Awards on Wednesday, August 8, I began thinking how television, films and documentaries have impacted how I see the world.

I remember the first time I heard about the TV show “Black-ish.” I thought to myself, “How will this show portray black people? As athletes? As hip-hop dancers and rappers? As drug dealers? What worn tropes and stereotypes would be repeated in this show?” Like most people I presume, I had grown tired of entertainment reflecting lifestyles that were not representative of such a complex and diverse community.

However, I chose to watch the show, as did some of my friends — fellow college-educated African-American women — and we absolutely loved it.

With outstanding performances from actors Anthony Anderson, Tracee Ellis Ross, Jenifer Lewis and Laurence Fishburne, the show spurred conversations about how being successful as a black person in America encompasses more than living the upper-middle class lifestyle where your parents are a doctor and a lawyer: It also highlighted the diverse thoughts and responses in the community on issues such as raising a family, voting rights and what defines “being black.”

The entertainment industry, and U.S. culture, continues to evolve. We are seeing:

As a Nigerian-American woman born in the U.S. to Nigerian immigrants, it was refreshing to see a show I could relate to. “Black-ish” showed how African-Americans lead normal lives and deal with everyday issues, such as getting a driver’s license or deciding which college to go to, while also tackling deeper issues, such as police brutality and colorism. In these situations, the goal is not to decide who is right or wrong but highlight diverse perspectives on the issue and have a meaningful dialogue around it.

For too long, dignified, respectful and accurate portrayals of diverse communities were overlooked because “they are not received well,” “do not travel well” or “do not sell.” Thankfully, the tide has turned.

In 2017, Lena Waithe received the Primetime Emmy Award for Outstanding Writing for a Comedy Series on the “Master of None” episode “Thanksgiving” that highlighted gender, sexuality and acceptance. Earlier this year, Jordan Peele won the Oscar for Best Original Screenplay for “Get Out,” which satirically highlights the black experience in America. And who can dispute the popularity of “Black Panther,” a Marvel film, with a black director and majority black cast that discussed many issues affecting the African-American community while also perfectly highlighting the diverging opinions within it?

These productions not only bring visibility to minorities, but also give everyone who watches an opportunity to understand and appreciate groups that have been underrepresented and typecast for so long. The entertainment industry needs to continue to highlight minority-driven narratives with dignity, respect and accuracy through the writers and producers they select and stories they choose to tell. Please RSVP to watch the Voice Awards on Wednesday, August 8, starting at 9 p.m. EDT.